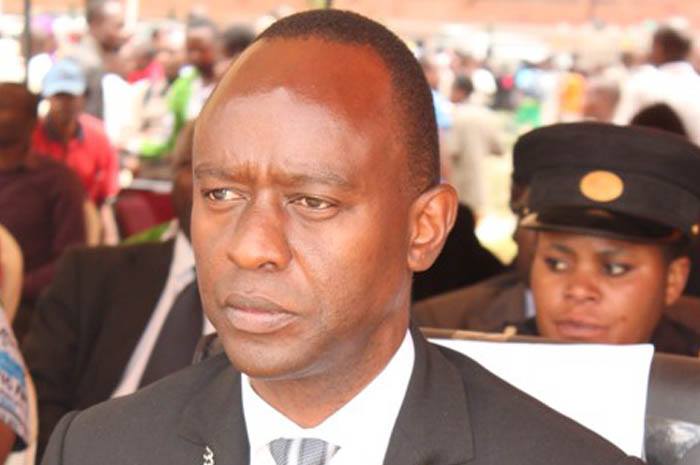 KABANDA CHULU & STEVEN MVULA, Lusaka
LUSAKA Mayor Mulenga Sata has withdrawn his candidature for the Patriotic Front (PF) presidency and said he will not support anyone contesting the elections to replace late President Michael Sata.
Speaking at a media briefing in Lusaka yesterday, Mr Sata dispelled the notion that his family was at war with itself.
â€œThose of us that entered the presidential race did so out of genuine desire to serve our party, the Patriotic Front, and our country. Having carefully reflected on this matter for several days, I have come to the rational conclusion that one or some of us have to take a logical and selfless step backwards in the best interest of the party since a polarised and divided party doesnâ€™t augur well for our future,â€ said Mr Sata, who is also PF Lusaka district chairperson.
â€œI am, therefore, announcing my unilateral decision to withdraw my presidential candidature for the PF with immediate effect. In political terms, I am still a young man and will, therefore, reserve my right to represent my presidential candidature in the future,â€ he said.
Mr Sata said some utterances by PF members and the public have given an impression that the Sata family is greedy and wants to perpetuate a legacy which could be likened to an imperial monarchy.
â€œHaving read and listened to some of these utterances with pain, but also with great attention, I have now had a serious opportunity to discuss all these matters with my mothers – Mrs Margaret Sata and the First Lady Christine Kaseba – my wife and other members of the family,â€ Mr Sata said.
â€œIt is my hope that the general conference will elect a leader who will unite the party and carry my fatherâ€™s legacy and vision of the PF and Zambia forward,â€ he said.
Mr Sataâ€™s withdrawal leaves nine candidates for the PF presidency.
They are Dr Kaseba, Minister of Defence and Justice Edgar Lungu, Kasama Central member of Parliament (MP) Geoffrey Mwamba, Minister of Agriculture and Livestock Wylbur Simuusa and Minister of Commerce, Trade and Industry Bob Sichinga.
Others are Minister of Youth and Sport Chishimba Kambwili, former High Commissioner to Nigeria Selemani Phangula and deputy minister of Commerce Miles Sampa.
And 27 out of 33 councillors in Lusaka have endorsed Mr Lunguâ€™s candidature for the presidency.
The councillors who visited Minister of Foreign Affairs Harry Kalaba in a show of solidarity for Mr Lungu yesterday said people want the former PF secretary-general to rule the country.
Speaking at the same meeting, Minister of Chiefs and Traditional Affairs Nkandu Luo said the direction is â€˜very clearâ€™ that people want Mr Lungu.
â€œWe MPs want Edgar Lungu. We are simply stating what people in our constituencies want. And 30 out of 43 Members of the Central Committee want Edgar,â€ Professor Luo said.
Mr Kalaba said Mr Lungu is a listening man who will carry on President Sataâ€™s vision.
Meanwhile, hundreds of youths and women gathered at the party secretariat at Lusaka House in solidarity of Mr Lungu.
The women were led by PF Lusaka Province chairperson for women affairs Maggie Mumba while the youth were led by their chairman Kennedy Kamba.