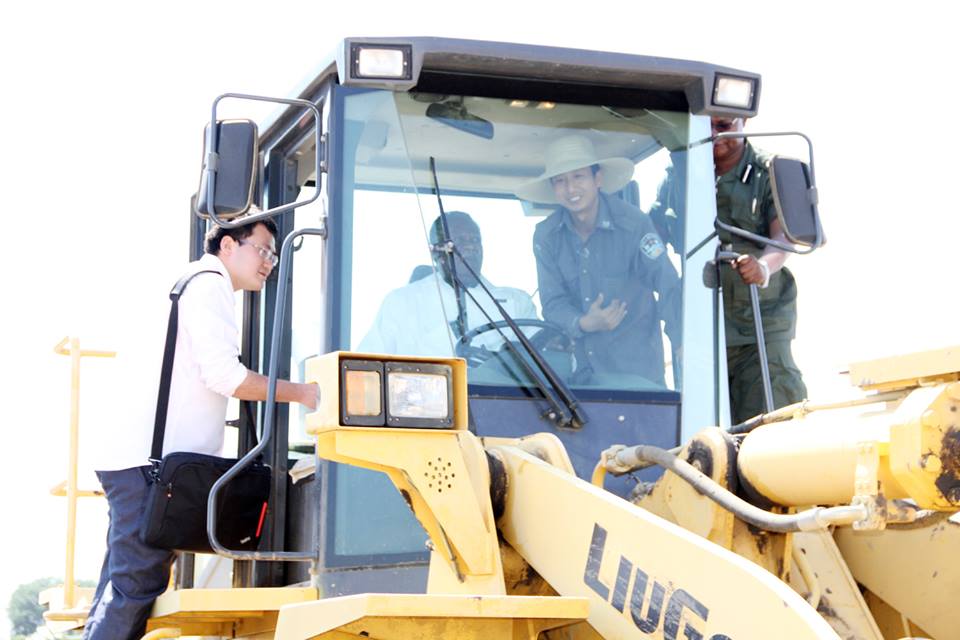 TO ORDINARY citizens, the endorsement of United Party for National Development (UPND) president Hakainde Hichilema by Mulenga Sata, who was until yesterday Lusaka Province minister, may seem to be a political earth-shaker.
This might seem so because Mulenga is the son of late President Michael Sata, the founder of the ruling Patriotic Front.
And for the son to leave the party his father founded after falling out of the then ruling Movement for Multi-Party Democracy in 2001, may seem to have sent shocking waves politically.
Mulenga has left the PF and found refuge with the UPND and he now alleges that the ruling party has departed from his late fatherâ€™s vision.
What was Mr Sataâ€™s vision, if we may ask?
It is undeniable that Mr Sataâ€™s death over one year ago robbed the country of a great leader who was so passionate about developing this country.
The late President was also a peace-maker and builder who set out to unite the country just after his election in September, 2011.
Mr Sataâ€™s resolve was to change the country for the better and that is why his Government embarked on a robust infrastructure development programme throughout the country.
These developments include the Link Zambia 8000, the L400 project in Lusaka and the Copperbelt 400 project.
Under Mr Sataâ€™s leadership, Government embarked on a massive construction of public infrastructure such as health centres, courts and schools throughout the country.
Government has also created new districts throughout the country in order to take development and services closer to the people.
At the core of the PFâ€™s infrastructure development is poverty eradication, which is the greatest challenge Zambia has been facing.
Through the well thought-out robust infrastructure developments, thousands of Zambians have been employed who are taking care of their immediate and extended families.
Some contractors such as Avic International have put a human face to the works they have been doing by building camps which they later bequeath to communities and chiefdoms where they operate.
We have also seen through the PF, over a year after Mr Sataâ€™s death, the care for farmers by ensuring they receive inputs on time as well as the Food Reserve Agency buying the maize from them and being paid timely and handsomely because of Governmentâ€™s commitment to freeing the country from poverty and hunger as a priority.
We have seen throughout President Lunguâ€™s leadership people being at the centre of the countryâ€™s sustainable development and in his humility, he has ensured that his Government is just, equitable and inclusive, and committed to work together to promote sustained and inclusive economic growth and social development to benefit all.
This President Lunguâ€™s governmet has done without segregation of any kind based on political, tribal and religion.
Therefore, to suggest that the ruling party has departed from Mr Sataâ€™s vision is a fallacy because most of the infrastructure projects being commissioned were initiated by the PF founder and none have been abandoned.
So, truth be told, President Lungu has kept President Sataâ€™s legacy intact and even went out of his way to elevate the late great leaderâ€™s son whom he nominated as member of Parliament and appointed him deputy minister at State House where his father operated from.
Later, Mr Lungu made Mr Mulenga Sata in charge of Lusaka Province to oversee development in the region.
We, therefore, feel that it is Mr Mulenga Sata who has abandoned his fatherâ€™s ship to wine and dine with people whose sole motive is to frustrate Mr Lunguâ€™s development agenda.