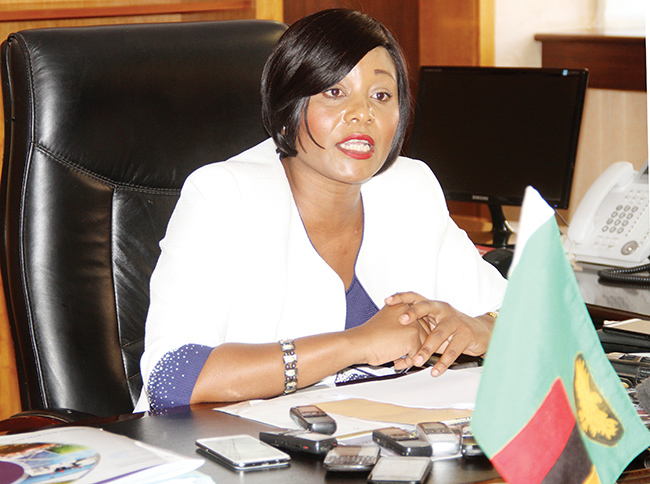 MWILA NTAMBI, Kalulushi
KALULUSHI member of Parliament Kampamba Mulenga has called for concerted efforts to transform Kalulushi district into a

business hub.
And Kalulushi mayor Rashida Mulenga says the local authority is determined to ensure the district has a new central business district to attain city status by 2030.
Speaking during a consultative meeting to discuss the setting up of a new business district proposed to be located between President Avenue and Sabina Road, Ms Mulenga thanked the council for involving her office in the consultation process.
The Minister of Information and Broadcasting Services said the development of Kalulushi requires concerted efforts.
“We all have a responsibility to make footprints and ensure we leave this town better than we found it, we need to make this place a business district,” she said.
The MP assured the residents that Government will not leave behind any part of the country in its development quest and that the national cake will be equitably distributed.
Responding to a Chambishi clergyman who appealed for equitable development between Chambishi and Kalulushi, the MP said the government will ensure Chambishi gets the attention it deserves.
And the mayor said the council envisions Kalulushi to be a city of tomorrow.
She said it is possible for Kalulushi to attain the city status as long as there is consultation, unity and togetherness among key stakeholders.
She said the council will continue engaging stakeholders before making important decisions such as building a new central business district because this is the only way of improving both the quality of decisions and risk management.
And a Chambishi-based clergyman George Zulu said Government should be cautious in preserving the interests of the local people when attracting investments.
He said partnerships should be encouraged between local and foreign investors.