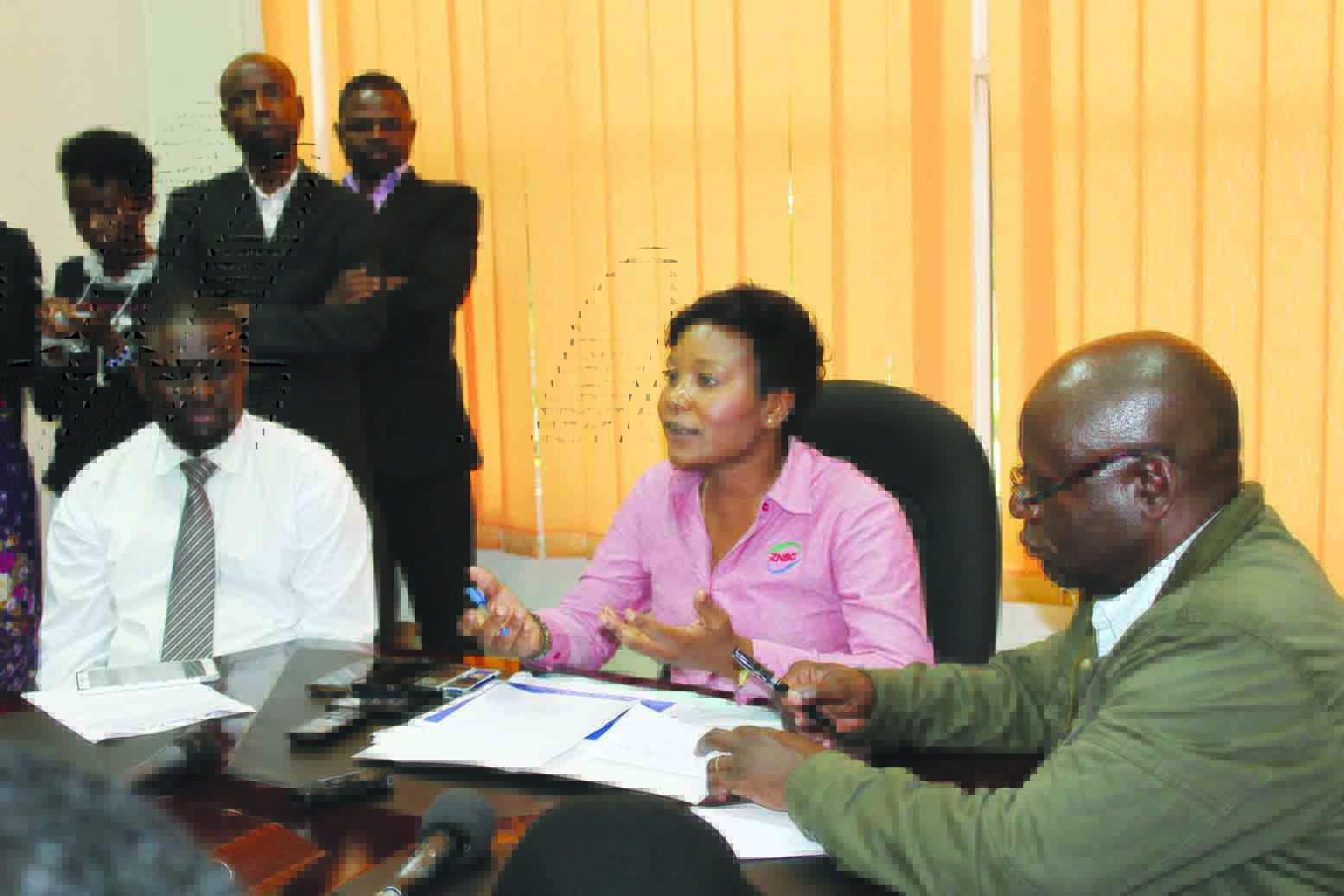 HONE SIAME & CHOMBA MUSIKA, Lusaka
MINISTER of Information and Broadcasting Services Kampamba Mulenga has called on the media to be patriotic and aspire for the highest level of ethical and professional standards.

Ms Mulenga, who is chief government spokesperson, said in a statement in Lusaka yesterday ahead of tomorrow’s World Press Freedom Day that the media should be an agent of positive change on society through its role of informing, educating and entertaining the public.
She said Government remains committed to a free, independent and professional media in deepening the country’s democracy and development.
Ms Mulenga said the Patriotic Front administration will continue creating a conducive environment for the media to flourish.
Zambia will tomorrow join the rest of the globe in commemorating World Press Freedom Day under the theme ‘Critical minds for critical times – Media’s role in advancing peaceful, just and inclusive societies’.
“The media’s loyalty should be to the truth and to the people of Zambia and not to individuals and their narrow personal interests. The theme calls upon each one of us, as citizens of this great country, to change the way we think, behave and do things.
“It inspires each one of us, the media inclusive, to be adaptive, innovative, inclusive and, above all, patriotic in building a Zambia we want for ourselves, our children and generations to come,” she said.
Ms Mulenga also said Government will embrace both the private and public media in its national governance.
“Government, under the leadership of His Excellency President Edgar Chagwa Lungu, believes in plurality and diversity of voices in which all citizens have an equal say and stake in the governance and development of the country,”  she said.
Ms Mulenga said Government, through the Independent Broadcasting Authority, has so far accelerated the issuance of radio and television licences resulting in 110 radio stations and over 40 television stations being on air in different parts of the country.
She said Government is also constructing provincial broadcasting stations in its continuous efforts to take information closer to the people.
The minister said Government is currently formulating the national information and media policy to guide the continued growth of the country’s media industry.
And Evangelical Fellowship of Zambia executive director Pukuta Mwanza has urged the media to be objective in their reporting and avoid publishing information that threatens the country’s unity and peace.
Reverend Mwanza, who commended the media for their commitment to informing the public, said there is need to avoid divisive stories.
He said journalists should use freedom of the press responsibly by ensuring that their stories do not threaten peace and development.
“Freedom of the press comes with responsibility, not just writing whatever you want. The media should use freedom of the press to promote unity and development,” he said.
Rev Mwanza urged journalists to use World Press Freedom day to introspect and strategise on how best they can use their profession to promote peace and socio-economic development.
Independent Churches of Zambia board chairperson David Masupa called on journalists to avoid sensational and biased reporting to enable citizens to make informed decisions.
Islamic Supreme Council of Zambia deputy president Musa Saidi urged Zambian journalists to promote unity in diversity through balanced reporting.