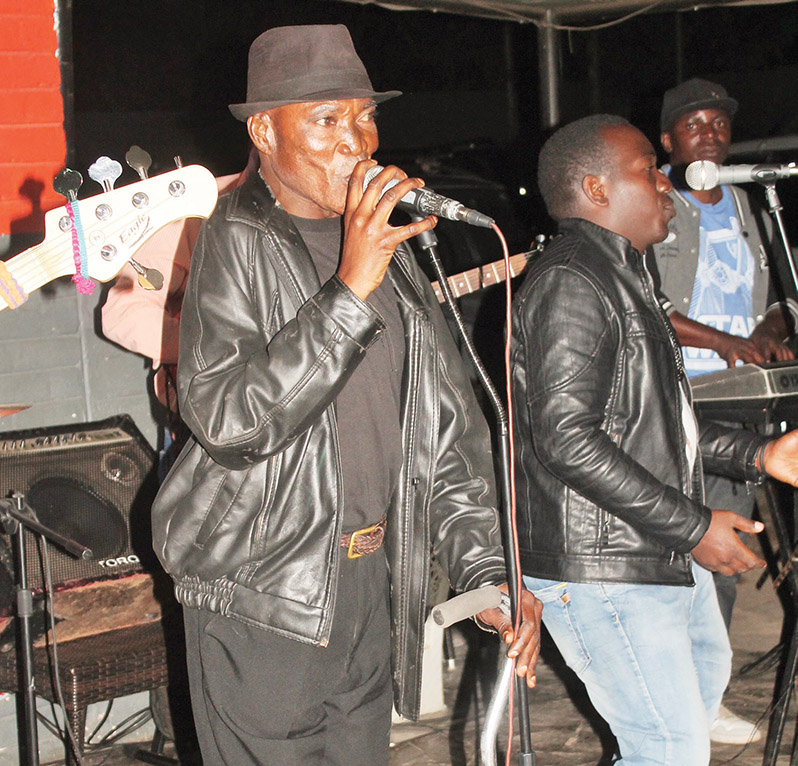 KELVIN KACHINGWE, Lusaka
IT was in these pages that it was reported that there is a reason patrons are frequenting Wayaya Bar and Restaurant in Lusaka’s Kabulonga every Friday — The Xplosion Band has signed a contract with management there to be performing every Friday.The Xplosion Band is quite versatile and capable of churning out pop, dancehall, reggae, kalindula and rhumba.
It is why as a house band, they are ideal. It is also the reason why the patrons of Wayaya love the band.
But perhaps unknown to most patrons, there is another reason why the band churns out kalindula and rhumba so well.
Within its ranks, there is one surviving member of the Junior Mulemena Boys. His name is Peter Yambayamba aka Dr Manonja. He is the man who delivers those admirable vocals and the reason why the band is perhaps able to answer to almost every song request.
You must have something special for you to be associated with the name Mulemena. Never mind playing for the band.
The name Mulemena is owed to Emmanuel, born on Christmas Day in 1937 in the small rural town of Kasempa in North-Western Province.
According to music biographer Leonard Koloko, music had always played a big part in his early life and his involvement dated back to 1942 when at the age of five, he used to sing hymns at Mukinge Hill Mission Church choir. Later in his schooldays at Mutanda Primary School near Solwezi, he performed his first school concert.
During his boyhood, he often visited Congo Kinshasa (now Democratic Republic of Congo), where his father, an accomplished musician himself, used to work. In Kinshasa, the budding musician learnt more about music and how to play the guitar. He also listened to Alick Nkhata and Jean Bosco Mwenda whose songs were very popular at the time in both Congo and then then Northern Rhodesia.
Koloko wrote: “He was one musician who reached out to a broader audience because he sang local language Kaonde, Bemba, Nyanja, Lamba, Tonga and in English. His themes and lyrical content were simply great. He was such a brilliant social commentator that all his songs could easily be related to by everyone.”
Anyone who could associate with the name Mulemena should be able to hold their own no matter where the stage is; Dr Manonja is doing just that with The Xplosion Band.