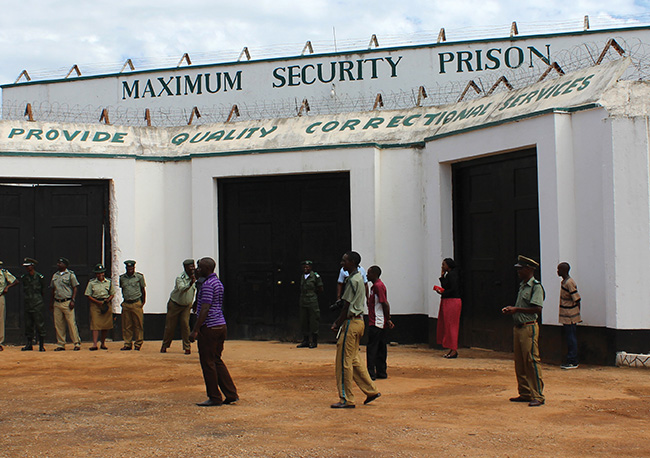 KALUNGA MUSONDA, Kabwe
SOME inmates at Mukobeko Maximum Security Prison in Kabwe are believed to be using charms in an attempt to secure an early release from prison.
Mukobeko Maximum Security Prison officer-in-charge Hastings Chilombe said on Friday that prison authorities have noted with sadness that some relatives of inmates bring the charms into the facility during visiting hours.
Mr Chilombe confirmed this yesterday after a 52-year-old woman of Kitweâ€™s Chimwemwe Township on Thursday pleaded guilty before the Kabwe Magistrateâ€™s Court to taking charms to her incarcerated son at Zambiaâ€™s biggest prison in a bid to have him expeditiously released from prison.
â€œWhat people do not understand is that releasing an inmate unlawfully is a danger to society because these people need to be reformed to become better citizens to our nation,â€ Mr Chilombe said.
He said it is a crime for any person to provide inmates with charms.
Mr Chilombe said the Zambia Prisons Service is working with the Zambia Police Service to address the matter.
He said prisoners are discouraged to accept charms from their relatives and friends because if they are caught with charms, they will also be treated as accomplices in committing an offence.
He appealed to members of the public to restrain themselves from taking prohibited articles into prison.