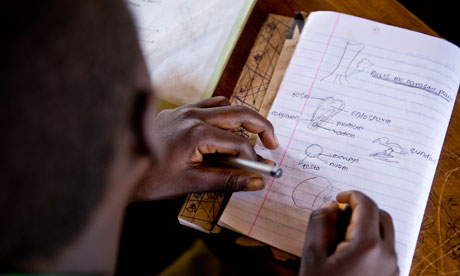 ByÂ  MULWANDA LUPIYA
GOVERNMENT has started the construction of the first ever secondary school in Kansuswa township in Mufulira.
Speaking during the ground breaking ceremony on Thursday, Mufulira member of Parliament John Kufuna said the school will be constructed by Manicks Investment Limited using the Constituency Development Funds (CDF).
Mr Kufuna, who is also deputy minister of Local Government and Housing, said Government attaches great importance to the provision of quality education.
He said the construction of the first ever secondary school in Kansuswa demonstrates Governmentâ€™s desire to make education accessible to the majority of Zambians through accelerated infrastructure development.
Kansuswa has never had a secondary school and children in the area have to walk to other parts of Mufulira for secondary education.
â€œThis school is going to help our children who have been travelling long distances to access education at schools such as Kantanshi, Butondo, Mufulira and other secondary schools,â€ Kufuna said.
He said the previous Governments failed to build a school in Kansuswa but PF has managed to do it within three years of its reign.
He said Government has also upgraded Buyantashi and Kalanga primary schools to secondary school status.
â€œApart from that, Government will upgrade the school in Kalukanya to a secondary school,â€ Mr Kufuna said.
He has since warned Manicks Investment Limited against doing shoddy works.
â€œI am not going to tolerate any shoddy works due to poor workmanship. You should work hand in hand with the project committee which is going to be formed and with the area councillor so that the work can start and be completed within the reasonable time,â€ Mr Kufuna.
He urged the community to be vigilant and to desist from stealing construction material or equipment which will be used by the contractor.
Mufulira district commissioner Chanda Kabwe appealed to the contractor to speed up the process of constructing the school.
Mr Kabwe also urged the contractor to employ local people.
And Mufulira deputy mayor Dorothy Lukwesa thanked Mr Kufuna for the role he has played in ensuring that the school is constructed in Kansuswa as it will not only benefit the people of that area but also those from Kafironda and surrounding areas.