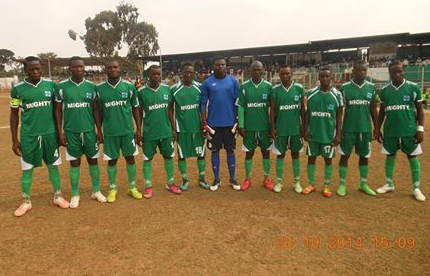 Dear Editor,
I AM a sports fan and an ardent supporter of the peopleâ€™s team and the legendary cup fighters, Mighty Mufulira Wanderers football club.
I have been supporting this team for quite some time now. I have never supported any team apart from Mighty Mufulira Wanderers whether it is playing in the premier league or the lower league
TheyÂ  won promotion to the elite league last season after being in the wilderness of Zambian football for a considerable period of time. It is good that the team is where it belongs.
It is through hard work and dedication that the team achieved something worth talking about, that is, winning promotion to the super league.
The top flight football league eluded this team for a long time.
This was not good as the super league becomes interesting with the presence of Mighty Mufulira Wanderers football club.
If the above is not good enough, Mighty Mufulira Wanderers has produced prominent players, such asÂ  Ashios Melu, late prolific goalkeeper Efford Chabala, the 1988 footballer of the yearÂ  and the current Football Association of Zambia (FAZ) president Kalusha Bwalya, who made an impact for the national team.
Our national football team won the 2012 edition of the Africa Cup of Nations (Afcon) under Kalusha Bwalya, as FAZ president.
Mighty have won the premier league championship and the local tournaments.
For it to remain in the premier league, the technical bench and the players must be resilient and work hard.
This is vital in that without resilience, it is not possible to achieve anything tangible.
The team should also aim at winning the premier league .In addition; I feel the team should avoid relegation at all cost by winning games regardless of the opponents they play.
ELEMIYA PHIRI
Lusaka.