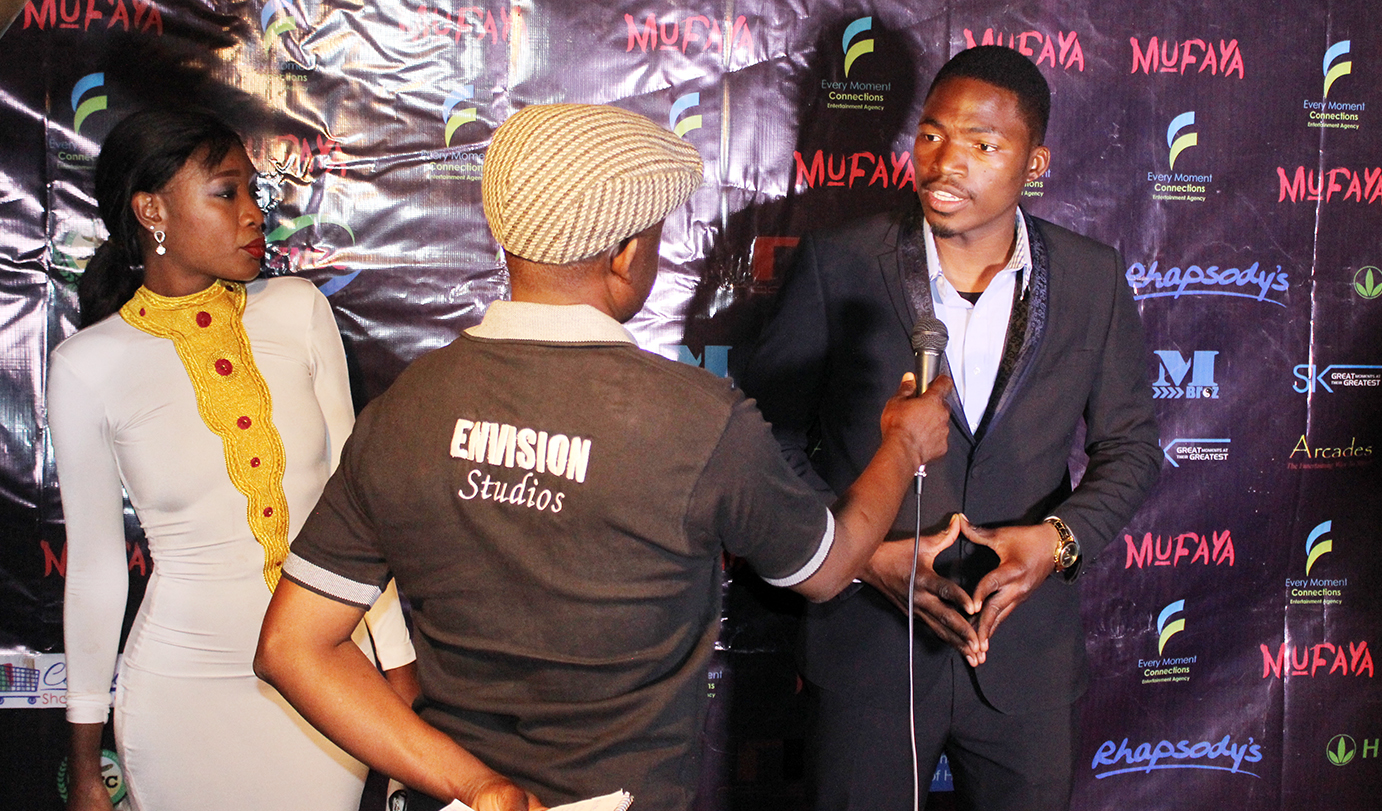 MATHEWS KABAMBA, Kitwe
AFTER making its Lusaka premiere at Ster Kinekor at Arcades Shopping Centre in May, Every Moment Connections in conjunction with M-Broz Media last Friday premiered the movie â€˜Mufayaâ€™ at Kitwe Little Theatre.
The playhouse was packed as Copperbelt movie lovers were given a rare treat as they watched the movie which is full of drama, emotions and suspense.
The movie addresses alcohol and drug abuse in the country, and before the premiere, the organisers had said a percentage of proceeds would go towards assisting the overwhelming cases of alcohol and drug abuse at Chainama Hills Hospital in Lusaka.
The producers were asking for support from organisations and individuals to go towards the premiere of the movie.
â€œIn our endeavour to create awareness for this social ill in our country, weâ€™re appealing for supportâ€¦ by so doing, you will be joining hands with us to curb this vice that has destroyed so many lives in Zambia and worldwide,â€ the producers had said in a statement.
Well, it has not been established as to how much support the movie had received, but producer Nasho Mapulanga says the premiere was a success.
The movie is centred on struggles that young people go through and it depicts Mufaya, a young man whose ability to overcome temptation is tested when his father dies in a plane crash.
â€œWe have been well received on the Copperbelt; the attendance is amazing considering that it is the first time we are showing the movie here, this is a huge success. It gives us motivation to premiere the movie in other places such as Ndola, Mufulira and Solwezi among others; plans to take the move to those places are underway,â€ Nasho told the Weekend Mail in an interview after the premiere.
Muzipasi Mkandawire, who attended the premiere, praised the production crew behind the movie.
â€œIt is a good movie; it is good to see that in Zambia we have creative minds who can put together such a production, we need more of such productions for the movie industry to be up there,â€ Muzipasi said.
Nasho believes the future of the movie industry in the country is bright.
â€œFor us at Every Moment Connections Ltd, we are looking at producing at least one top quality production every year. We are here to stay and we want to give Zambians the very best of movie entertainment,â€ he said.