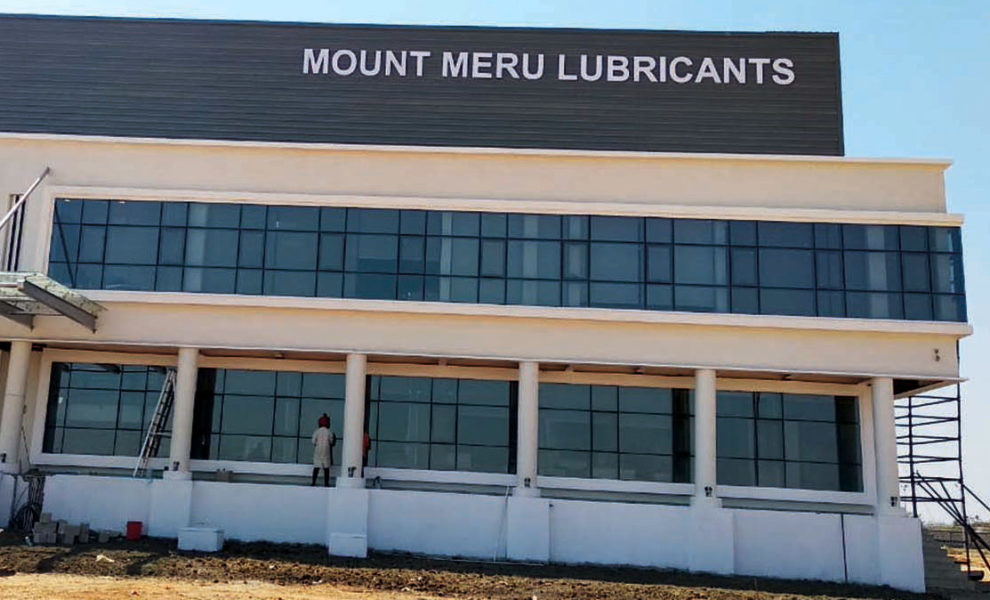 BENEDICT TEMBO, Lusaka
FROM a single filling station at Farmers in Lusaka West in 2007 to the 36th station opened in Lusaka’s Roma Park last Friday is evidence of Mount Meru Petroleum Zambia’s exponential growth in the country.
Apart from its core petroleum business, Mt Meru has diversified its business portfolio to non-fuel ventures such as edible oil at Katuba and ventures in logistics and real estate.
The Friday, September 21, 2018 annual party hosted by Mt Meru Group served as a moment of reflection on the company’s contribution to the Zambian economy over the past 11 years and the welfare of its employees.
“Zambian operations in the last 11 years have been a strong pillar and have supported the growing Group, allowing us to extend our geographical exposure to southern and western African countries,” Group chief administrative officer Geetraj Singh said.
Dr Singh, who also doubles as the group’s vice-president (human resource), said Mt Meru Millers, which is crushing more than 4.5 million litres a month, is not very far from being the number one oil manufacturing company in Zambia.
Mt Meru Zambia Group chief executive officer Himanshu Shah attributed the company’s phenomenal growth to the favourable economic environment and the hard-working employees.
“This country has given us so much – for the love given to us to the founder company, Mt Meru Petroleum,” Mr Shah said.
He said Mt Meru, which sold 8.6 million litres of cooking oil last year, the highest ever, has registered an 18 percent growth from last year.
Apart from petroleum, the company, which has increased its production of edible oil from 100 tonnes to 350 tonnes per day, had one of the highest sales of cooking oil in August.
Milestones
Apart from celebrating its 36th filling station in Lusaka and building its 37th in Livingstone, Mt Meru also boasts of constructing one at Roma Park in a record 37 days.
“This is a benchmark for the industry,” Mr Shah said.
Mt Meru Petroleum has also acquired about 90 tanker trucks at a cost of US$10 million, making it the biggest fuel transporter in the company.
“This is commitment, trust, hope and love for the people of Zambia by shareholders,” Mr Shah said.
The company will open its state-of-the-art lubricant manufacturing plant in Katuba built at a cost of US$6 million.
Apart from servicing the local market, Mt Meru is also targeting the Common Market for Eastern and Southern Africa (COMESA).
The company is currently formalising paperwork for exporting its lubricants to COMESA member countries.
Another state-of-the-art plant under construction in Katuba will be manufacturing ethanol for both the local and COMESA markets.
Mr Shah also announced that Mt Meru filling stations will have fully fledged minimarts.
“We should be the best, we do not want to crawl or run. We want to fly,” Mr Shah said about his company’s ambitions.
Reflecting on his company’s success, Mr Shah said it has nothing to do with money or sheer luck but the motivated workforce.
Dr. Singh summed up the reasons for Mt Meru’s success in Zambia.
He said every year is a stepping stone for the Mt Meru Group in Africa, which decides how close to get to its future.
“At Mount Meru – not every year but every week, every Thursday, we move closer to our organisational goals. Every Thursday, we are either opening a station or signing off a deal by buying more trucks and trailers in the Group,” Dr Singh said.
He said in the last 45 years, Mt Meru Group has seen a tremendous growth, exposure and diversified businesses in Africa. Most importantly, the family has become larger than 5,000 members now.
“Talking about the vision of the Group, we plan to be present in all the 54 African countries by 2030 and hence we would need a huge support from all of you,” he told the employees.
Mt Meru is currently operating in 15 African countries with about 12 factories and 125 filling stations.
“Very soon, we shall commence our operations in West African markets promoting our retail chain of oil marketing and various businesses,” Dr Singh said.
“By this year end, the group will be expanding the aviation and bunkering operations, adding another feather to our petroleum company,” he said.
Dr Sigh said the seven policies of the group have been a promising mantra towards growth and the future plans the Group aims for.
“One of the most important core policy of sharing and giving has helped us feed more than 35,000 children every day, promoting their health and the education sector in Africa. Our shareholders plan to feed more than one million children in the next five years under the ‘Feed the child’ programme,” he said.
“We are happy that Zambia contributes around 1,800 children under the FTC programme,” Dr Singh said.
Thanks to its investment in Katuba where it has built cooking oil and lubricant plants and now building an ethanol factory, Mt Meru is helping change the face of the once desolate Katuba area of Chibombo. From a peasant farming area, it is slowly becoming an industrial giant.