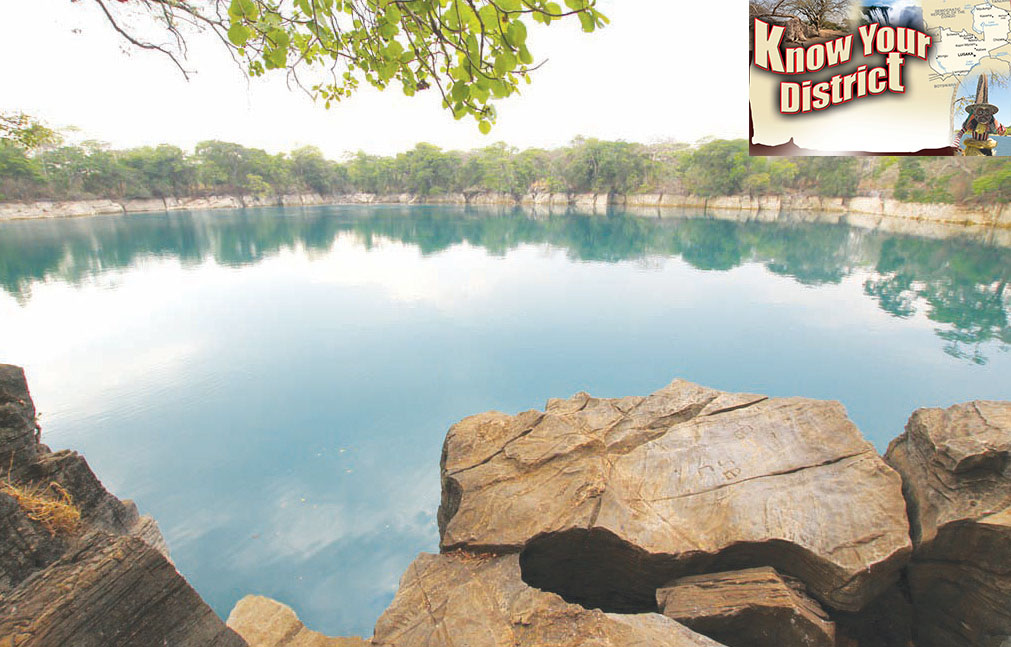 KNOW YOUR DISTRICT
NKOLE MULAMBIA, Mpongwe
MPONGWE district is known to be the food basket of the Copperbelt as it is the largest producer of maize and other cash crops such as soya beans, Irish potatoes and sorghum in the province.
Statistics of the Census of Population and Housing show that as of 2010, the district had 64,371 people.
The district is 296 kilometres away from Lusaka, and is surrounded by Luanshya, Kapiri Mposhi and Ndola districts.
It is one of the rural districts of the province and it boasts of a variety of farming activities.
During the 2014/2015 maize marketing season, Mpongwe produced 85,046.68 metric tonnes of maize, recording a slight increase from the previous seasonâ€™s yield of 83,736.66 metric tonnes.
According to the 2015 crop forecast survey, maize production in Mpongwe has been rising steadily with over 80,000 metric tonnes annual yields over the last five years.
However, the district recorded a slight drop in soya beans production with a yield of 2.88 metric tonnes in 2015 compared to 2.99 metric tonnes produced in 2014.
The district produced 701 metric tonnes of seed cotton in the 2014-2015 season compared to 280 metric tonnes produced during the previous season.
That is why acting district commissioner Godfrey Zimba is right when he says Mpongwe is a bread basket of the Copperbelt.
â€œAgriculture is our mainstay here, with crops such as maize, soya beans, Irish potatoes and sorghum grown. We are also about to open a fish plant in Machiya, we are only waiting for the fridges to be installed so that whatever our people are producing can be sold,â€ Mr Zimba says.
Apart from having a vibrant agricultural sector, Mr Zimba said the district is also attractive for mining investment owing to the fact that there is a high possibility of it having copper and other mineral deposits.
Despite the possible availability of mineral deposits, Mr Zimba says there are no significant mining activities taking place in the district.
But the good news is that Chinese and Turkish investors have expressed interest in investing in Mpongwe.
â€œWe have had Chinese [investors] coming to look at one area between Chief Kalunkumya and Chieftainess Malembeka, but nothing has been concluded because it is a contested area. The two traditional leaders are contesting the project,â€ he said.
Similarly, a team of investors from Turkey was also recently in the district to explore for mineral deposits in Munkopu area.
â€œThe investors came after being invited by President Lungu, and they already have been to Munkopu. Some survey was done in the past and so out of that, we expected some results from the samples which were taken for analysis, but we know there is copper,â€ he says.
The investors also expressed interest in producing cement in Chipata in Eastern Province and generating electricity using coal in Maamba in Southern Province.
Where infrastructure is concerned, seven of the 650 health posts being constructed in various parts of the country will be built in Mpongwe. The contractor working on the seven health posts is already on site and is working.
Mr Zimba says the district administration is also happy that a number of schools have been built.
â€œWe have built a good number of schools in all the six chiefdoms in the district. We have built schools including one in Machiya by a non-governmental organisation called Copperbelt Development Fund,â€ he said in Mpongwe recently.
He said construction of the school, named Chisamba, is complete and is only waiting to be commissioned.
In terms of doing projects using the Constituency Development Fund (CDF), Mr Zimba said the district is on course with all the programmes being implemented under the fund.
Five projects of constructing clinics, schools and teachersâ€™ houses using the CDF have already been completed and handed over to government.
TOURISM
The inflow of tourists in the district has improved, especially those flying direct to Kafue Lodge from South Africa.
Among the sites which attract tourists into Mpongwe are rivers such as Kafue, Kafulafuta, Lukanga, Luswishi and Mpongwe. Lakes called Kashiba and Nampamba are also attracting tourists into the district.
WEATHER
There are two main seasons in Mpongwe; the rainy season, which takes place from November to April, which some people call summer, and the dry season which is between May and October or November, which is winter. The dry season is sub-divided into the cool dry season from May to August, and the hot dry season from September to October or November.
Being predominantly an agrarian district, and all things being equal, Mpongwe is poised to significantly contribute to Zambiaâ€™s economic development by making not only the Copperbelt food-secure but the country as a whole.
ELECTRICITY
Despite being happy about the construction of eight health posts in the district, council chairman Boniface Chushi is concerned about Zescoâ€™s alleged delay in connecting 800 households to the national electricity grid.
According to Mr Chushi, the power utility firm should expedite the process of approving applications that were submitted last year by residents who want their homes to be connected to electricity.
â€œThe people who have applied to have their houses connected to electricity in Chipepe, Machiya and Nampamba are still waiting for a contractor to do the job,â€ he said. 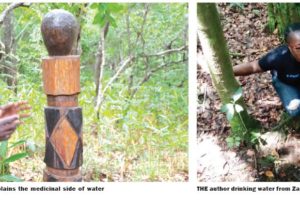 WCFCB: The star that shines in dark moments
Children are an estate – Part 1