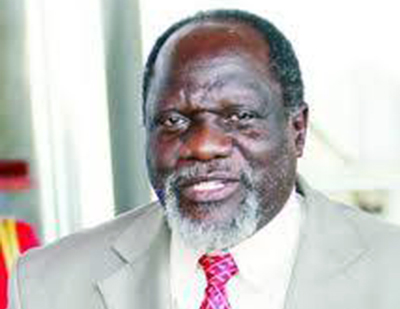 MONICA KAYOMBO, Ndola
PEOPLEâ€™S Democratic Party (PDP) president George Mpombo has endorsed Patriotic Front (PF) president Edgar Lunguâ€™s candidature in the January 20, 2015 presidential election.
In an interview yesterday, Dr Mpombo warned that changing government barely 15 months before the general elections will set the country on a path of â€œretrogradationâ€.
â€œWe are aware that change is always driven by different ideologies and not sheer emotionalism and sanctionary. In an election campaign bedevilled with candy floss promises of unreasonable free distribution of goods and services through political abracadabra and empty political rhetoric, the PDP has resolved to endorse Edgar Lungu as the best choice for Zambia in the 2015 election,â€ he said.
Dr Mpombo quoted American founding father and principal author of the Declaration of Independence Thomas Jefferson, and stated: â€œIn the matter of style, swim with the current, in matters of principle, stand like a rock.â€™â€™
He said the PDP has resolved to support the PF in the forthcoming presidential election because of the administrationâ€™s track record of project management, which he described as excellent.
Dr Mpombo said it is clear that the PF administration is determined to develop the country citing the resuscitation of Zambia Railways Limited (ZRL) operations, which was at the verge of collapse.
Dr Mpombo said the nationalisation of Zamtel, and construction of Itezhi-Tezhi hydro power project speak volumes of unprecedented progress.
â€œIn short, the three years of the PF government has put Zambia on a path of unique and sustainable economic metamorphosis, which is unparalleled in the history of the country,â€ Dr Mpombo said.
He also said the creation of new districts has opened up depressed and suppressed areas to more accelerated development and job creation.
Dr Mpombo said Government has given newly created districts a new lease of life since independence in 1964.
â€œThe countrywide district hospital construction programme is one area which will improve the vital service delivery and access to medical facilities in rural areas and improve maternal health care,â€ Dr Mpombo said.
He said he feels the PF has the â€œwherewithalâ€ to bring hope, dignity and reality of prosperity to all Zambians if given support.
Dr Mpombo has also commended Zambians for their peaceful conduct during the transition.
â€œWe urge them to continue and avoid the conduct and preaching of some hell-bent politicians so as to avoid the country sliding into an inferno of political ruckus and hubbub,â€ he said.
He also commended the Electoral Commission of Zambia (ECZ) for its professional conduct, which is vital in running a highly transparent and flawless electoral process.
Commissioner of Prisons Percy Chato said on Christmas Day that Dr Scott pardoned former Deputy Minister of Youth and Sport Stephen Masumba and Dr Mpombo under a presidential amnesty.
â€œThe Acting President has constitutional powers to commute the remainder of the sentences as a gesture of good behaviour while in custody,â€ he said.
Mr Chato said Mr Masumba was released from Mwembeshi Maximum Prison while Dr Mpombo was released from Lusaka Central Prison commonly known as Chimbokaila.
He said Mr Masumba and Dr Mpombo are among the 10 prisoners released under presidential amnesty while the rest are from Kabwe female prison.
Dr Mpombo was serving a nine-month jail sentence for theft by public servant, forgery and uttering a false document.
The three counts of forgery, uttering false documents and theft of public funds amounted to K18,000 which related to his failure to retire imprest.
In Mr Masumbaâ€™s case, the Lusaka High Court upheld a 12-month sentence slapped on him by the Lusaka Magistrateâ€™s Court for using a fraudulent accounting diploma to get a job.