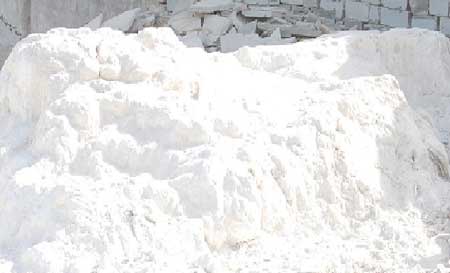 KABANDA CHULU, Lusaka
ZAMBEZI Resources has entered into a binding US$4 million memorandum of understanding (MoU) with Chinese construction firm, African Brothers Corporation (ABC) Limited for the sale of Mpande Limestone Limited in Kafue.
Mpande Limes tone is a subsidiary of Zambezi Resources but Mpande owns a cement limestone project, which is a 50-50 percent joint venture with Limestone Ventures Pty Limited.
The joint venture proposes to construct and operate a cement and quick or hydrated lime facility within its area in Kafue and drilling results from the Mpande Limestone Project confirms a large limestone deposit of high quality material and suitable for cement production.
According to information posted on the Zambezi Resources website, the MoU will provide ABC an exclusive due diligence period of nine months to decide whether or not to acquire the Mpande project by way of 100 percent acquisition of the shares.
â€œA condition precedent of the MoU is that ABC pays Zambezi Resources a sum of US$100,000 towards the purchase price. In the event that ABC decides not to proceed to acquire the Mpande Project at the conclusion of the nine months due diligence period, Zambezi Resources is not required to refund the deposit but is instead obliged to transfer to ABC shares in Zambezi Resources to the value of US$100,000,â€ it stated.
It stated that in the event that ABC decides to proceed to acquire the Mpande Project, it must immediately inform Zambezi Resources and within 30 days of the conclusion of the nine month due diligence period, a share purchase agreement (SPA) must be executed for a purchase price of US$4 million.
â€œOf this latter sum, US$1million will be paid within 30 days of the signing of the SPA and a further US$1 million will be paid within 30 days of the first payment. The final payment of US$1.9 million [being US$2 million less the US$100,000 deposit] will be paid within 12 months from the date of execution of the SPA,â€ it stated.
It stated that in the event that ABC could decide not to proceed all of the information produced during the due diligence period, including drilling and assay reports, will be delivered to Zambezi Resources as its own property.
â€œThe board of Zambezi Resources believe that they have negotiated a fair price for the Mpande Project in a difficult and challenging financial and resources market which allows the company to focus on its major core asset being its 100 percent owned Kangaluwi copper project, and enable it to repay some debt,â€ it stated.