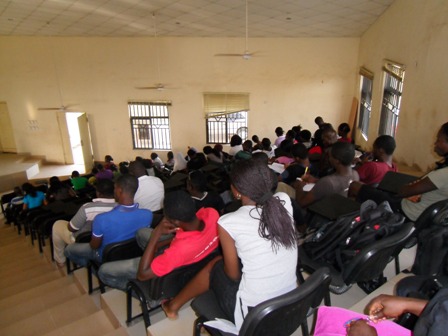 by Tafara Mugwara
HARARE, Xinhua – The exponential growth of Chinese universities as world class institutions has resulted in the Asian country emerging as a popular overseas study destination among Zimbabwean students.
Pamhidzai Matambanadzo from Obepa Education and Scholarship Center said the dramatic increase in Zimbabweans students seeking higher education in China ahead of traditional study destinations can be explained in part by the Chinese government’s commitment to higher education and China’s technological advancements over the past decades.
“Technology in China is far much advanced, and students prefer to go where technology is more dynamic. Engineering programs are the ones that attract most students. The most popular program is civil engineering, followed by aircraft engineering, mechanical engineering and software engineering,” she said.
Matambanadzo said lower tuition fees and scholarships provided by Chinese universities also attract many students.
At the FOCAC summit held in Johannesburg in 2015, the Chinese government pledged to provide 30,000 scholarships to African students during the three years till 2018.
While the Chinese government is using its financial ability to grab a growing share of students seeking higher education abroad, the rise of China as a strong competitor in the education sector has also spurred the trend.
Chinese universities have performed well in global rankings in recent years. China’s top universities, Tsinghua University and Peking University broke in the global top 20 for the first time in 2017 in the Times Higher Education World Reputation Rankings.
In addition, another seven Chinese universities appeared on the league’s top 100 schools in 2018.
Lydia Porusingazi, a financial analyst at an insurance firm in Harare, who graduated with a Master’s degree in Quantitative Economics at Shanghai University in 2013, said students head to China for various reasons.
“China is going global. Historically many students have preferred western countries like the UK and the United States. But as the importance of China’s economy and the quality of its higher education increases, so does the country’s appeal as a top study destination for international students,” she said.
“Most Zimbabwean students go to China to pursue an education that is affordable, while others go for the chance to develop business connections, considering that China is Zimbabwe’s largest overseas trading partner,” she added.
Porusingazi, who is going back to China for a doctorate program through the Chinese Government Scholarship University Postgraduate Program said due to Chinese visa rules, most international students cannot stay in China after completing their education.
“This prevents brain-drain, since most students who graduate in Chinese institutions are very likely to return home, unlike their counterparts in English speaking countries like South Africa, UK or Australia,” she added.
Her sentiments were supported by Herbert Mushangwe, a Professor at the Confucius Institute at the University of Zimbabwe (UZCI).
“From our statistics, all students will at one point come back to Zimbabwe, there are some who remain in China for a while, the period of stay in China ranges from 2 to 4 years after they graduate. However those who want to settle still come back home to secure stable jobs,” he said.
The Confucius Institute is a non-profit public organization affiliated with the Chinese Ministry of Education whose aim is to promote the teaching of the Chinese language and culture and to facilitate cultural exchanges.
CIUZ, which was established in 2006, is one of more than 500 Confucius Institutes scattered all over the world.
Since 2006, more than 5,000 students have enrolled for Chinese language courses at CIUZ, and the Confucius Institute has provided scholarships to more than 500 Zimbabwean students to further their studies in China, many of them have since returned home and are working in Zimbabwe.
One of Mushangwe’s students Stella Rudo Mandaza who will be enrolling for a Chinese language program at a university in Beijing this September said she never intended to learn Chinese when she graduated from high school.
“I chose to further my studies in China because Chinese is the most spoken language in the world making it an important language for business,” Mandaza said.
Another student, Tafadzwa Anthony Mutambarade is confident that he will come back to Zimbabwe to put to use the skills that he has gained.
“By going to further my studies in China I will be actually using the language on a daily basis, I will come back to Zimbabwe fully equipped to use Chinese in different situations given that China has become Zimbabwe’s major economic partner.” he added. Enditem