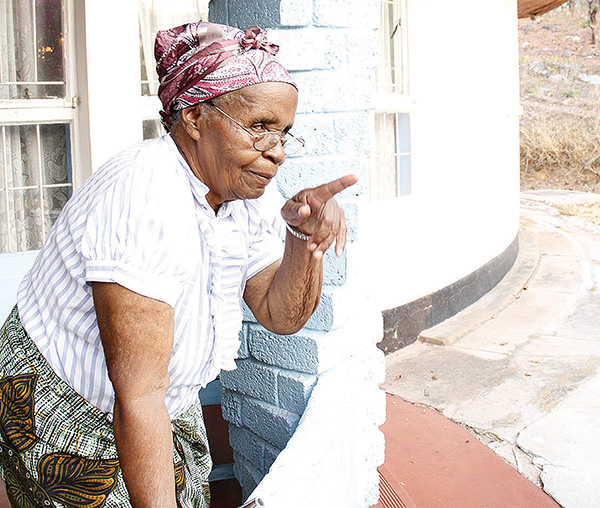 HONE SIAME, Lusaka
PATRIOTIC Front (PF) secretary-general Davies Mwila says the party is saddened by the death of freedom fighter Salome Kapwepwe and has called on Zambians to emulate her patriotism.

Mr Mwila said in a statement released yesterday by PF media director Sunday Chanda that Mrs Kapwepwe was a role model to many leaders and that Zambia has been robbed of a selfless freedom fighter and mother.
He said Mrs Kapwepwe made immense contributions during Zambia’s liberation struggle.
“During Simon Mwansa Kapwepwe’s years as Vice-President of Zambia from 1967 to 1970 until his untimely death on January 26, 1980, Mama Salome Chilufya Kapwepwe inspired a generation of leaders, both male and female,” Mr Mwila said.
He said the PF is mourning with the Kapwepwe family for the loss of Mrs Kapwepwe, who died in her sleep at the age of 90 on Tuesday.
Mr Mwila described the deceased as a servant of the people who was committed to ensuring that Zambia was a better place for all.
“We have lost an irreplaceable leader, a role model and a constant reminder of dedication and selflessness,” Mr Mwila said.
He said anyone who visited Mrs Kapwepwe in Chinsali in Muchinga Province would attest to the fact that she led a fulfilling life worth emulating.
“The Patriotic Front, therefore, calls on the nation to dedicate to consolidating the gains of our freedom and unity of the nation. We must emulate this pedigree of freedom fighters who defined the course and tempo of our struggle for freedom,” he said.
And veteran politician Vernon Mwaanga says Zambia has lost a gallant freedom fighter and mother in Mrs Kapwepwe.
“The sudden passing of Mrs Salome Kapwepwe is saddening and a great loss to our country. I first met her in 1960 during the struggle for Zambia’s independence. She firmly stood by her husband, the late Mr Simon Kapwepwe, who was deeply involved in the struggle against colonialism and apartheid in Africa and elsewhere,” Dr Mwaanga said.
He said in a statement that Mrs Kapwepwe was a humble and unassuming person who devoted her life to raising her children at a very difficult time in Zambia’s history.