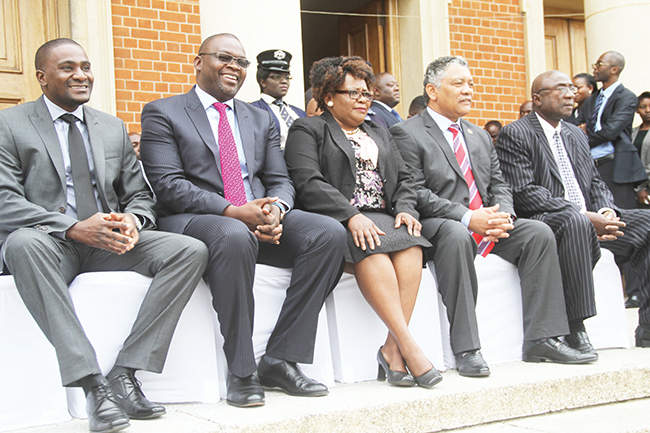 CAROLINE KALOMBE, Lusaka
GOVERNMENT says it will appoint more experienced lawyers as High Court judges to reach the establishment target of 60 adjudicators to improve access to justice in the country.
Minister of Justice Given Lubinda said in Lusaka yesterday the inadequate number of judges, limited infrastructure and transport challenges have contributed to the creation of a backlog of cases.
Mr Lubinda was speaking when he officially opened theHigh Court criminal session at the Supreme Court/High Court complex.
â€œMy Government in 2016 amended the Number of Judges Act and increased the establishment for the High Court judges from 50 to 60. Therefore, it remains for my government to look into filling the entire establishment for the High Court,â€ he said.
Mr Lubinda urged the Judiciary to be relentless and remain accountable.
Speaking at the same function High Court judge Nicola Sharpe-Phiri said the Judiciary had been mitigating delays in the dispensation of justice through such measures as the implementation of the computerisation of the criminal registry.
Mrs Sharpe-Phiri said the computerisation had led to the recording of all case files and urged Government to roll the system out to the rest of the country.
She said an increase in the number of civil and criminal cases had led to delays in the disposal of the matters and that a total of 446 criminal cases were filed in the Lusaka High Court out of which only 244 criminal cases were disposed of while 202 were still pending.
â€œOver the same period, a total of 3,630 civil cases were filed in the Lusaka High Court registries. Of these 3,630 civil cases 2,515 were general civil matters, 610 commercial cases, 364 divorce petitions, 15 arbitrations, 2 foreign judgments, 53 appeals and 71 election petitions.â€
Mrs Justice Sharpe-Phiri appealed to the government to explore solutions to address the issue of Court infrastructure particularly with the growth of the institution and establishment of various divisions of the High Court and the new courts