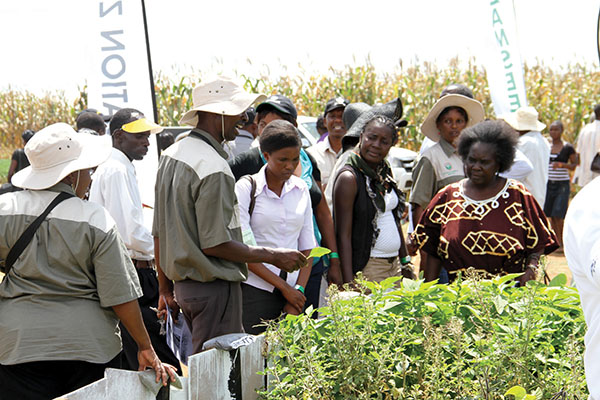 ESTHER MSETEKA, Lusaka
FARMERS in Petauke have urged Government to monitor operations of some co-operatives benefiting from the farmer input support programme (FISP) to give supplies genuine small-scale producers access supplies.
Recently, various stakeholders have been calling for the creation of a robust farmersâ€™ register to enable Government track beneficiaries of FISP to avoid â€˜ghostâ€™ beneficiaries.
According to the Zambia National Farmersâ€™ Union (ZNFU) weekly brief availed to Daily Mail, many small-scale farmers in Chief Nyamphandeâ€™s area in Petauke are of the view that the programme has not addressed the issues it was designed for such as to enable them boost their food security.
â€œMost cooperatives have â€˜ghostâ€™ members. [We] are therefore, calling on Government through the office of the district agricultural coordinator to take keen interest in monitoring the operations of some co-operatives benefiting from FISP,â€
â€œThe farmers in Chief Nyamphandeâ€™s area have noticed with concern that some of the co-operatives that are on the FISP do not have genuine membership hence depriving the genuine small-scale farmers from accessing the farming inputs,â€ ZNFU says.
The ZNFU, however, says farmers are happy with Governmentâ€™s move to introduce the E-voucher system as a way of eradicating â€˜ghostâ€™ beneficiaries and give an opportunity to genuine farmersâ€™ access to the inputs especially the vulnerable women in the remote parts of the district.