MELODY MUPETA, Kitwe
A THIRTY-YEAR-OLD woman of Kitwe’s Kwacha township has lamented before the Bulangililo Local Court how her husband deserts their matrimonial home whenever he finds a job and only comes back when he is broke.

This is in a case in which Perpetual Mulubwa sued Jonas Mulenga, 34, for divorce on grounds that he deserts the matrimonial home.

The two got married in 2006 and they have three children together.
Mulubwa told the court that problems in their marriage started in 2009 after her husband got a job in Solwezi.
She told the court that her husband went to work for several months without leaving money for food at home.
Mulubwa said this forced her to go back to her ….http://epaper.daily-mail.co.zm/ 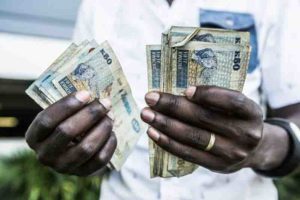 ‘She accused me of defilement’
‘Ama levels’ affect marriage