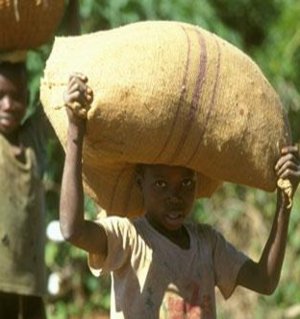 DOREEN NAWA, Mkushi
CASES of child labour have increased in Mkushi District due to the continued use of children on farms for family survival.
Speaking at a children protection meeting organised by Panos Institute of Southern Africa (PSAf) in Mkushi recently, district Social welfare officer James Mayanga said issues of child labour have a hidden face of poverty.
â€œWe have had an increase in the number of cases regarding child labour and when you talk to parents, they will plainly tell you that our children are helping in fending for the family,â€ Mr Mayanga said.
He said his office has been conducting regular meeting in villages surrounding the farming community in the district.
He said most of the parents lack information on the dangers of child labour and the importance of observing childrenâ€™s rights. Some parents say that they cannot manage to take their children to school because they cannot afford to buy uniforms and books.
And one of the participants at the meeting Joyce Mweemba said cases of child labour have increased in Mkushi because of poverty.
She said although education is free from grade one to seven, many parents in rural areas still cannot afford the cost of uniforms and books as well as walking long distances to nearest schools.
â€œOur children here are finding it hard to go to school because we cannot afford to buy uniforms and books, including escorting them to school every day,â€ Mrs Mweemba said.
And PSAf media and ICT programmes manager Elias Banda said although Zambia has implemented some of the suggested actions for the elimination of the worst forms of child labour, there is still much more to be done.
Mr Banda said there is need for Government and its cooperating partners to increase efforts to protect children from exploitation by establishing social protection policies and programmes
He also said government should remove barriers in the access of education.