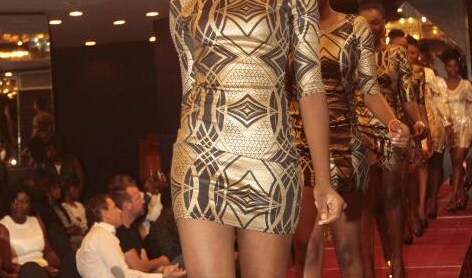 KELVIN KACHINGWE, Lusaka
THE first-ever Miss Africa Zambia pageant, being organised by Miss Pageant Zambia Trust, is set for August 5 at the Best Western Plus Lusaka Grand Hotel, where 10 models will be competing for the title.
The winner is expected to represent Zambia at the Miss Africa to be held in Botswana in November.
Charity Mwanza, Maria Chibuye, Grace Tembo, Penny Chewe, Louise Chingangu, Lukundo Nambaya, Tina Kazhila, Memory Ndumba and Sheena Kaliyangile are the contestants for the Miss Africa Zambia pageant.
The pageant is being held under the theme â€œEducate the Girl Child, Stop Child Marriagesâ€ and the organisers are hoping that the Minister of Tourism and Arts Jean Kapata will be able to officiate at the event being held less than a week before the country goes to vote in the general elections.
â€œThe slogan for Miss Africa is â€˜Rebranding and Uniting Africaâ€™. This slogan has become more appealing to Zambia, especially this election period hence we intend to invite some members of the opposition to this event as a way of uniting Zambia especially this period of elections,â€ Miss Pageant Zambia director Muchemwa Sokoni says.
The Miss Africa pageant has its own particular aims.
â€œThe pageant aims to have a special purpose on the continent as its main mandate shall be to promote Africa as a tourism power house by showcasing the various cultures, lifestyles and most importantly the wonders of the world that are found in Africa to boost the tourism sector,â€ according to a statement to the Weekend Mail by the Miss Pageant Zambia.
â€œThis pageant has been started in Botswana and has been rolled out to countries such as Ghana, Zimbabwe, Namibia, Lesotho, South Africa, Ethiopia, Nigeria to mention a few. The enrolment of other countries is still on-going. Moreover, the pageant aims to promote unity among all Africans.
â€œThe spirit of unity in diversity has seemingly died among citizens of the African continent as manifested by the recent xenophobic attacks, civil wars and genocides that we have experienced in the past.
â€œIt is therefore of paramount importance that we have social structures like this pageant that shall promote and enhance unity among citizens of Africa.â€