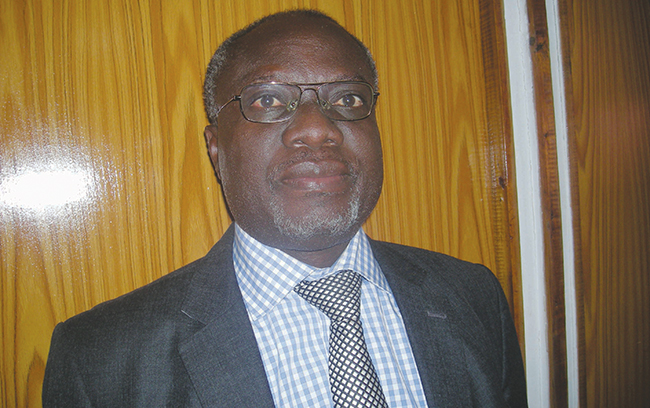 CHARLES CHISALA, Lusaka & JIMMY CHIBUYE, Sioma
THE Ministry of Works and Supply will apply for authority from the Zambia Public Procurement Authority (ZPPA) to allow it to single source contractors who should take over construction projects that are behind schedule in the new districts countrywide.
Most of the contractors engaged to build infrastructure in the 30 new districts have failed to complete the projects within the contract time frames, and the ministry has received recommendations for the termination of their contracts.
Deputy Minister of Works and Supply Mutaba Mwali has bemoaned the ministryâ€™s sluggish pace to take remedial action against underperforming and erring contractors engaged to build several public infrastructure in Western Province.
Dr Mwali said the process of terminating contracts and procuring replacement contractors takes long because it is cumbersome, which is why the ministry wants to be allowed to resort to single sourcing.
â€œThe process is very long and cumbersome. It will lead to further delays in the completion of the underperforming projects, which will adversely affect the delivery of services.
â€œThere will be no short cuts. Thatâ€™s why we want ZPPA to give us permission to single-source so that these projects are completed as soon as possible,â€ Dr Mwali said this in an interview yesterday.
Dr Mwali said the situation is the same in all the provinces except Southern Province.
â€œWhat is surprising is that some contractors are on schedule and have done a very good job while majority of others are still at excavation of foundation level despite being paid upfront early this year,â€ he said.
Dr Mwali has urged Zambian contractors to take emulate their Chinese counterparts who are performing â€œextremelyâ€ well in implementing Government projects without difficulties in the newly created districts.
He said the ministry is aware of the ineptude of some Zambian contractors to undertake the contracts in Western Province, but no immediate action is taken.
Dr Mwali, who was accompanied by building engineers from the ministry, said this when he wrapped up an inspection tour of seven out of the nine newly created districts in Western Province on Wednesday.
The team inspected Nkeyema, Luampa, Mitete, Sikongo, Nalolo, Limulunga and Sioma districts.
â€œOut of the seven districts visited ,we can only say Luampa and Sikongo are responding well. The remaining five there is still the same problem of less or no activity on sites which we found in August,â€ he said.
Dr Mwali added: â€œThe unfortunate things we as the client are aware of this situation but have failed to take remedial action to correct the situation so we are also to blame.â€
He described the situation in Western Province as â€œvery badâ€ because the programme is running out of schedule.
Limulunga district commissioner Ndambo Ndambo appealed to Government to ensure construction of houses for public officers are completed on time to complement the completion of the administration block.