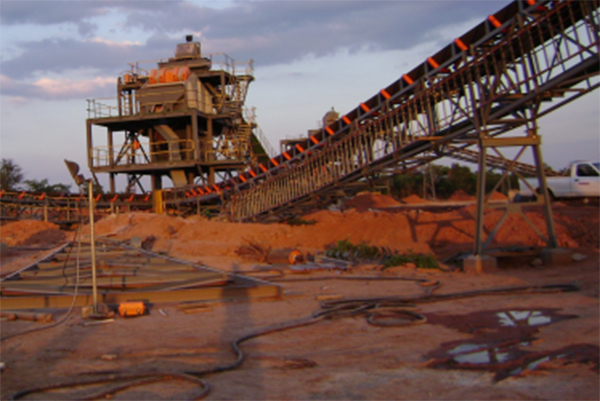 MWILA NTAMBI, Kitwe
CHIEF Government spokesperson Chishimba Kambwili says Mopani Copper Mineâ€™s decision to invest US$1.1 billion into expansion projects in Zambia is a sign that not all is lost for the mining industry.
Speaking to journalists after he toured the synclinorium shaft and Mindola deep projects in Kitwe yesterday, Mr Kambwili said MCM would not have invested colossal sums of money into the Zambian economy if they had no confidence in it.
â€œAs Government, we are excited and we want to thank MCM for injecting so much money into our economy. This simply shows that Government has provided an enabling environment for the private sector to flourish and on our part as Government, we will give you all the support because we have seen that you mean well,â€ Mr Kambwili said.
He said opposition political party leaders busy telling people that investors have lost confidence in the Zambian economy should think again because the massive investments by MCM, for example, are a sign of confidence.
Mr Kambwili said all hope is not lost for the mining sector and that with expansion projects such as the ones MCM had embarked on, he is confident that most, if not all, of the retrenched miners may be recalled for work once the new projects begin producing at full capacity.
â€œSome people think the future is bleak but I have every hope that things will get better. MCM has taken time to inject in a lot of money into expansion projects despite the low copper prices and this is how it should be. Mining companies should be forward-looking,â€ he said.
Mr Kambwili urged other mining companies to emulate MCM by investing into the future.
He said copper mining is important to Zambiaâ€™s economy as evidenced by Cabinetâ€™s approval of a sliding mineral royalty tax that would be based on prevailing copper prices.
Mr Kambwili hopes mining companies will reciprocate Governmentâ€™s approval of a sliding mineral royalty tax by avoiding retrenchments in times of low copper prices.
MCM chief productivity and efficiency officer Barry Hodgkinson said the expanded shafts will enable deeper mining at an efficient cost.
He said the mining company had invested a lot into technology, especially at their training centre in Mufulira, to allow students to learn practical mining skills without necessarily going underground.
Mr Hodgkinson said 3D technology is being used.
Mine manager in charge of the South Ore Body, synclinorium shaft and open pit Jonathan Sikana said the synclinorium shaft has been sunk to extend the life of the mine by another 25 years.
He said the project will be handed over by the end of the year.
It is projected that at least four million tonnes of ore will be hoisted per annum at full production.