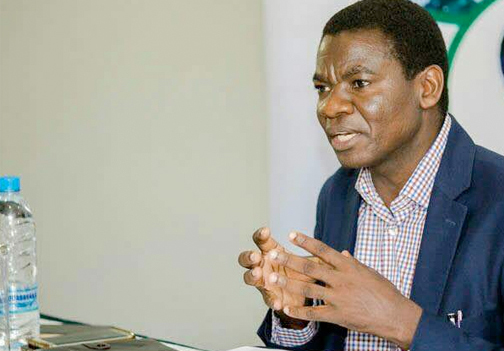 CHOMBA MUSIKA, Lusaka
ALL mining companies must pay the recently revised cost-reflective electricity tariffs because refusal to do so is tantamount to blackmail, which Government will not accept.

Minister of Energy David Mabumba says Zesco and Copperbelt Energy Corporation (CEC) will continue to restrict power to mining companies that do not pay the revised electricity tariffs.
He advised mining companies that are insistent on paying old tariffs to engage Zesco and CEC over the matter. These include Mopani, Kalumbila and Kansanshi.
Mr Mabumba said this in Lusaka yesterday during a joint-press briefing with his Ministry of Information and Broadcasting Services counterpart Kampamba Mulenga on Government’s position on the hiked electricity tariffs.
The briefing comes barley a day after Mopani Copper Mines suspended its production operations in Kitwe and Mufulira following restriction of power to the mine.
The mining giant has since sent all its workers at the two production stations home until the matter is resolved.
CEC buys power from Zesco Limited and re-sells it to the mines on the Copperbelt.
Mr Mabumba said it is unfortunate that some mining companies have refused to pay the revised electricity tariffs when domestic consumers are paying the new fees that were adjusted upwards by 75 percent.
He said it is unfair for some mining firms to refuse to pay the revised 9.3 cents per kilowatt hour electricity tariffs, especially that mines consume 50 percent of electricity generated nation-wide.
Mr Mabumba said over 70 percent of mining companies are already paying the new tariffs.
He commended and named the mining firms that have been paying the revised electricity tariffs as Luanshya, Chibuluma, Luela, NFC, Lubambe Mine, China Copper Mines, Chambishi and Lumwana.
“Zesco has a product called power and it has to be sold at a cost-reflective tariff.
“No person will be given special consideration when it comes to paying revised tariffs. If our domestic workers are paying new tariffs, why should Government subsidise industries?” Mr Mabumba asked.
He also appealed to unions in the mining sector whose members have been affected by the restricted power supply to engage employers and remind them that Zesco needs money realised from the tariffs to invest in transmission, distribution and generation of power.
Mr Mabumba said Government will continue to work closely with all mines because they play a crucial role in the country’s economic development agenda.
And Ms Mulenga, who is also chief Government spokesperson, said electricity tariffs were increased to safeguard the security of electricity supply by Zesco.
“The revised tariffs will ensure Zesco has adequate revenue to continue purchasing electricity from the local independent power producers, as well as imports from the region,” she said.
Ms Mulenga said the increased electricity supply will attract investment in power generation.