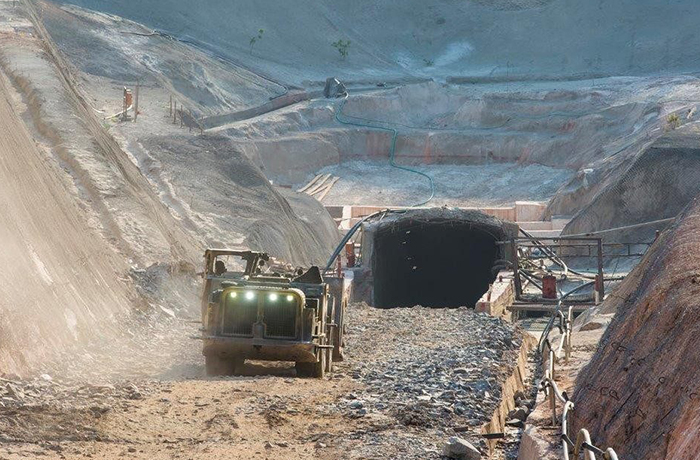 THE good news coming from the taxman, other than that of exceeding this year’s tax revenue collection, is that 10 major mining companies have migrated to exclusive electronic mineral production reporting to ensure that accurate taxes are collected for the benefit of the country.

Our sister paper, the Zambia Daily Mail, on Tuesday, reported that Chibuluma Copper Mine, Chambishi Metal, Chambishi Copper Smelters, Luanshya Copper Mine, Lubambe Copper Mine, Lumwana Copper Mining, First Quantum Minerals, Kalumbila Copper Mine, Sino Metals, Mopani Copper Mine and NFCA Mining are the companies that have migrated.
Ministry of Mines and Minerals Development permanent secretary Peter Chanda also said the ministry now has a system in place to ensure it collects accurate production data from mines, thereby positioning the Zambia Revenue Authority (ZRA) well to collect the requisite amount of tax from mining companies.
This is indeed welcome.
For a long time, Zambians have believed, and rightly so, that the country has not been getting a fair share from the mining industry despite the privileges and tax advantages that mining companies have secured. In fact, it is believed that some new mining companies are hell-bent on siphoning huge sums out of the country using a variety of methods.
In 2009, for instance, ZRA commissioned Grant Thornton, an international accounting group, and ECON Poyry, a Norwegian consulting and engineering group, to do a pilot audit of the operational costs, revenues, transfer pricing, employee expenses, and overheads of Mopani Copper Mines, a subsidiary of Swiss commodity trader Glencore.
The findings or conclusions of the investigating team were disturbing to say the least.
Andrew Sardanis, who used to sit on the Zambia Consolidated Copper Mines (ZCCM) board and negotiated the control of the mines after independence from Anglo American Corporation and Roan Selection Trust (RST), has catalogued the findings very well in his book on Zambia’s first 50 years.
Among others, it was reported that the reported labour costs for 2007 were unexplained; fuel costs had doubled between the period 2005 and 2007, even after the increase in production had been accounted for; mining costs had increased extravagantly and the difference was outside the boundaries of the costs analysis. The same applied to the insurance, security and safety, administration costs and spares; and residual costs increased by US$205 million from 2005 to 2007, which was attributed to the increase of scrap metal amounting to US$266 million. The audit team also reported that it was unable to match the general ledger data with the trial balance data and offered the hypothesis of high variance costs, the cause of which was not easily discernible.
But as Sardanis said, the most disturbing finding of the investigating team was a significant problem of pricing, caused by long-term contracts with the parent company. It also found that the hedging pattern was not normal and surmised that this was done deliberately in order to move taxable revenue out of the country.
The investigating team explained the process.
“A company that only wants to move out of a country will want to ‘hedge or enter into a long-term contract at the most favourable low points; such a hedge is usually established at the bottom of the cycle. By doing it this way, a company makes losses both when prices are rising and when they are coming down…’”
Clearly, there is evidence that we can generate more income from the mining industry by plugging the loop-holes in their reporting. ZRA and the Ministry of Mines should use their powers of inspection and investigation to do so. If these powers are currently not enough, new legislation should be enacted to create these powers.
We are happy though that ZRA, with assistance from co-operating partners, is already building its capacity.