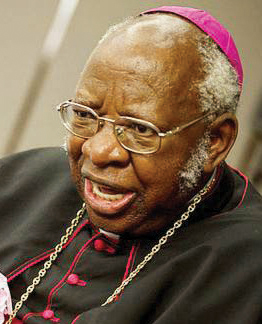 DOREEN NAWA and JACK ZIMBA, Lusaka
EMMANUEL Milingo, the excommunicated Roman Catholic priest who caused controversy decades ago for his decision to marry, has expressed regret at not having children.
In 2005, Milingo, who had become famous for his exorcism ministry, astonished the world when he broke the celibacy law and married Dr Maria Sung, a Korean woman linked to reverend Moon of the Unification Church.http://epaper.daily-mail.co.zm/