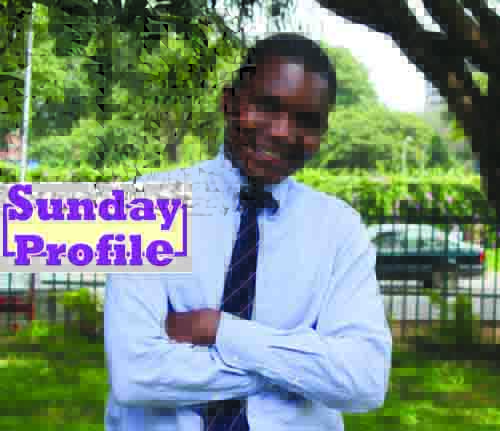 DOREEN NAWA, Lusaka
AFTER failing to get a job as a journalist, Mike Mwenda turned to vegetable farming.
Today, the 26-year-old has created 10 part-time jobs for people in Kasisi area in Chongwe district, where he owns a two-acre portion of land. He plants cabbage and watermelons.

Mike had a rough start to life. He lost his father when he was nine years old, and his mother struggled to sponsor his education.
When he was 10 years old, Mike was taken in by Mthunzi Centre, an orphanage sponsored by Italians. The centre took care of his school needs from primary to tertiary level.
“My mum did not have the capacity to finance my education. And at this point, Mthunzi started taking care of my school needs up to tertiary level,” he says.
Being raised by a single parent was not easy but it has made Mike learn to stand alone and know what it takes to be responsible at a tender age.
Mike recalls that when he was at Mthunzi, he used to cultivate the land at the centre and participate in agriculture activities. His passion for agriculture grew stronger each day.
But he was motivated to pursue his childhood dream – to become a journalist.
And so when he completed his secondary school education, Mike went to study journalism at the Zambia Institute of Mass Communication (Zamcom).
“After finishing my college education, I made several job applications, but none of them was successful. So, I decided to be my own boss and our family land in Kasisi was on my mind,” Mike says.
He started his farming in November 2016 with a loan of K3,000, an amount that helped him to buy seeds and tools.
Today, Mike stands in his cabbage field in Kasisi area in Chongwe district surrounded by his healthy-looking cabbages.
Mike also trades stocks on the Lusaka Securities Exchanges (LuSE). He also attends weekend classes in real estate management. And he has not completely abandoned his passion for writing, as he currently also studying how to become a freelance writer.
Mike says there is more in farming than a white-collar job.
Mike says: “The whole process from transplanting to harvest takes only three months depending on the variety of cabbage and climate.”
Further, Mike says he chose cabbage because it grows well in his area and sell at a very good price. He harvests about 5,000 kilogrammes of cabbage per acre.
He uses fallow and basin irrigation which he says is cheaper and affordable for upstart farmers like him.
Cabbage requires a vital amount of water particularly when the heard is forming.
“A drip irrigation can cost K9,000 per acre. This may not be available to most young farmers. Currently, my agricultural activities are not mechanised. The people I engage on part-time basis use hand-held hoes,” he says.
Mike says that capital is a major setback for many rural farmers like him, who want to expand their agribusinesses, more especially the women.
“I have had high and low moments, sometimes losing crops to disease and poor timing. One of the lessons I have learnt is the value of patience and optimism. Without those, I think it’s easy to give up,” he says.
Despite his initial losses, Mike says he has learnt a lot along the way.
“I believe in going through the learning curve. When a venture fails, I don’t take it personal. It is the business that has failed, not me. I might have made a mistake but I choose to keep on the ball. I don’t make permanent decisions based on temporary situations.”
While it is encouraging to see more young people going into agr-ibusiness, Mike says the industry should not be romanticised.
“What we are seeing is people going into farming because they read a story in a newspaper. They don’t do thorough research and they have no passion for farming, but because it seems attractive, they decide to take a loan and bury the money,” Mike says.
He says that anyone looking to get into agri-business needs to first have a passion for it.
“If your only motivation is to make money, then you are getting into the wrong business,” Mike says.
“I strive constantly to grow healthy crops with a consideration of safety and health for the consumers in mind. Farm hygiene is greatly imperative in my production process, with emphasis on the usage of different chemicals, handling and transportation to the market,” he says.
His goal is to change the perception, especially among the youth who think farming is for poor and old people.
“I want to challenge them to stop seeing problems in agriculture but to see opportunities
and that it is undoubtedly, a good retainer in investment,” Mike says.
Mike says people usually ask him why he decided to go into farming, a career perceived by many to be for the old and tired minds.
“First, getting a good paying job in Zambia is not easy. I remember applying for more than 70 jobs but got no response from employers. The interviews that I managed to clinch were not promising with most companies offering low salaries. I looked for a job for three years and I also tried a couple of jobs that are not in line with my profession before I finally made up my mind to go into farming,” Mike says.
When asked what he loves most about farming, Mike says he enjoys the freedom and flexibility it offers. When crops are growing, one can engage in other business ventures while waiting for the harvest, he says.