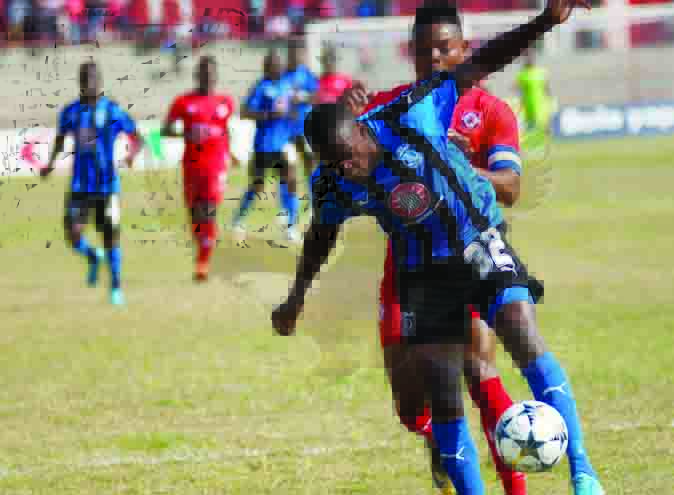 MATHEWS KABAMBA, Nkana Stadium, Kitwe
NKANA 2 WARRIORS 0
A WEEK after his wedding, midfielder Kelvin Mubanga scored for Nkana in their 2 – 0 win over Kabwe Warriors in a Super Division Week 29 encounter in Kitwe.
After playing out a goalless first half, Nkana turned on the style in the second-half with striker Walter Bwalya scoring 12 minutes after he was introduced when he headed in a Dieugo Apanane cross.
Bwalya came on as a second half substitute for Festus Mbewe on 57 minutes and wasted no time in handing the home side the opener.
Then in added time, Ronald Kampamba blasted past Warriors goalkeeper Skoti Ngokene to ensure Nkana moved into fourth place with 52 points, two behind third-placed Green Eagles http://epaper.daily-mail.co.zm/