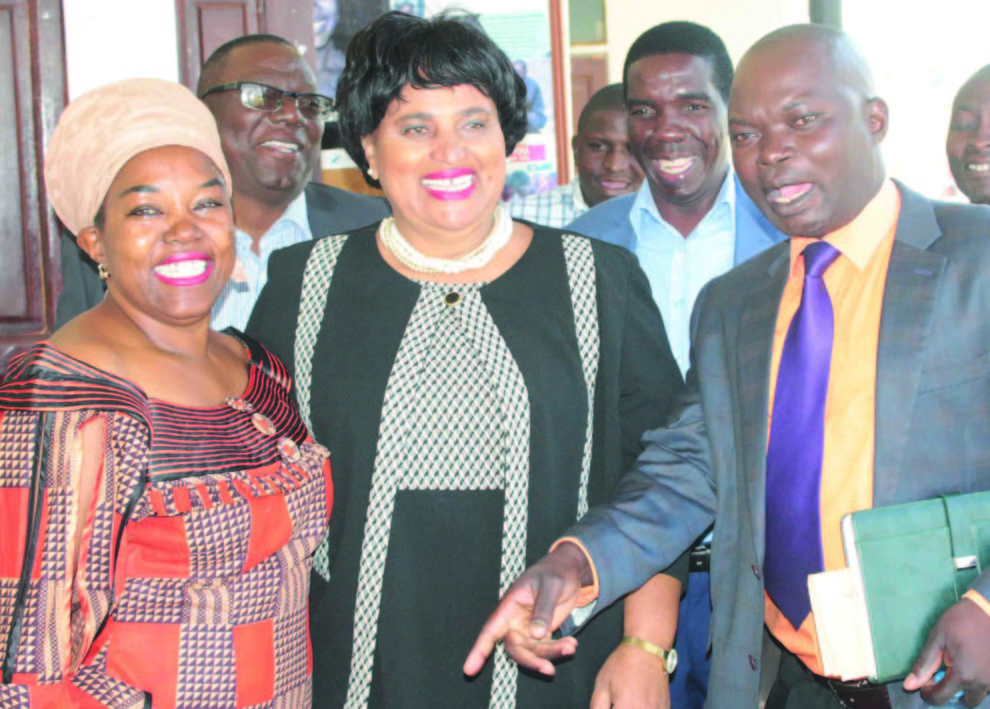 SUNDAY PROFILE with SILUMESI MALUMO, Lusaka
HER humble beginning is perhaps what has shaped her belief that humility with firmness and decisiveness can take her anywhere.
Annie Patricia Brown, the newly elected Chilanga Council chairperson is the second born daughter of William Brown and Mary Zulu, of Chief Kaindu of the Kaonde people in Mumbwa district.
Ms Brown is a mother of five and grandmother of five girls. She was born in 1962 in Choma.
It is her love and passion of serving people that made her to join politics, eventually leading to her participation in the July 26, council chairperson by-elections.
She emerged as the Patriotic Front candidate of the council chairperson seat after the death of the United Party National Development council chairperson Maria Malila. She won the elections to become council chairperson.
Ms Brown comes from a family of five. She did her primary school at Lotus and later went to Kamwala primary school.
She did part of secondary education at Matero Girl’s secondary school before she went to Kabulonga girl’s secondary school.
Ms Brown did a diploma in Library studies at Evelyn Hone and she has worked in both public and private institutions.
A simple and yet pragmatic woman, Ms Brown comes with a wide experience in administration both in the public and private sector.
She worked for Bank of Zambia from 1983 to 1995 and she later joined University of Zambia as a librarian where she worked from 1998 to 2000.
Her last job was at directory publisher.
She has also been instrumental in contributing to various services in the communities in improving the lives of the underprivileged by providing the needs.
With the experience she has, the ruling party council chairperson is at cusp of new era of social and economic development and modernisation in the district which is 15 kilometres away from the capital city Lusaka.
Ms Brown says what led her to join politics is the aim to change the livelihood of underprivileged people in communities, especially in Chimanja ward where she resides.
Ms Brown Joined active politics in 2005 and she has served as Secretary for Chilanga Women’s league from 2017 to 2018.
Ms Brown said it is the challenges the people of Chimanja area have been going through which made her to seek for a political position so that she can address some of these issues.
She said she has seen women queuing up at 04:00 hours with babies on their backs drawing water.
She has also seen women give birth in homes and this is what she wants to bring to an end.
“So I know the depths of the vulnerable people, this is why I want to be of service to my people and help to improve the standard of living in the area,” she said.
Ms Brown through the Catholic women’s church has provided leadership in caring for orphans and other vulnerable people in society as a community worker.
She is the Chairperson of the St. Anna Lay Group at her church, and through the women’s group, she has been working with the vulnerable people.
She wants to bring change to the district.
She promises to develop policies that will serve the whole of Chilanga community while balancing economic and social priorities.
Ms Brown knows that being a council chairperson is about balance and leadership and, so she wants to stand for fairness, equality and opportunity.
As her vision for Chilanga, Ms Brown says she will create leading partnerships with citizens, communities and organizations to create sustainable prosperity for Chilanga.
With bold leadership and a clear action plan, Ms Brown is committed to changing the culture at the district council to ensure it is people-driven.