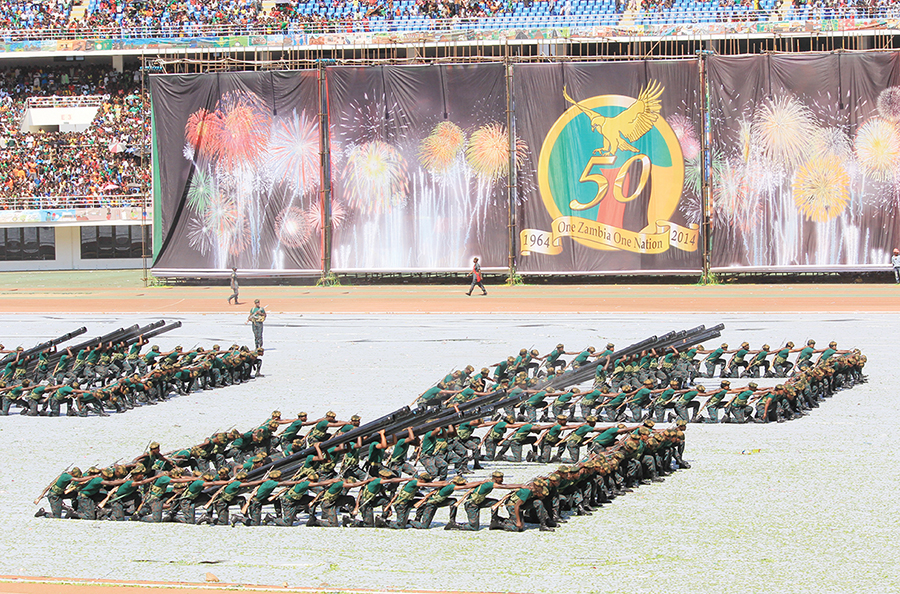 STEPHEN PHIRI
Lusaka
ZAMBIA has managed a paltry 33 medals from the Olympic and Commonwealth Games.
The country has been competing at the two tournaments for a long time.
Zambia has two medals at the Olympic Games since making a debut in 1964 while it boasts of 31 medals at the Commonwealth Games.
Zambia made its debut at the Olympic Games in 1964.
But over the years, Zambian athletics have failed to stamp authority at the worldâ€™s biggest sporting event.
Only 400m hurdles runner Samuel Matete and boxer Keith â€˜Spinksâ€™ Mwila managed to win medals at the Olympic Games.
Mwila walked away with a bronze medal at the 1984 Los Angeles Olympic Games while Matete grabbed silver at the 1996 Atalanta tournament.
At the 2012 London Olympic Games, Zambia was represented by 20 athletes but still medals were elusive.
At the 2008 Beijing Olympic Games, Zambia featured boxers Hastings Bwalya and Kennedy Kanyanta among others but to no avail.
In football, Zambia has made two appearances at the Olympic Games.
The maiden appearance was at the 1980 Moscow games and eight years later, Samuel â€˜Zoomâ€™ Ndhlovu guided Zambia to the Seoul Olympic Games.
The Ashious Melu-captained teamâ€™s journey to the medal bracket was halted in the quarter-finals by West Germany.
Zambia lost 0-4 to Jurgen Klinssman-led West Germany.
On the way to the last eight, Zambia drew 2-2 with Iraq, clobbered Italy and Guatemala 4-0 apiece before meeting their waterloo to Germany.
Kalusha Bwalya scored five goals in Seoul to be crowned Africaâ€™s best player in 1988.
Ndhlovuâ€™s starting lineup had Efford Chabala, Peter Mwanza, Manfred Chabinga, Ashious Melu, Eston Mulenga, Derby Makinka, Johnson Bwalya, Charles Musonda, Stone Nyirenda, Wisdom Chansa and Kalusha Bwalya.
Others were Richard Mwanza, Edmond Mumba, James Chitalu, Samuel Chomba, Beston Chambeshi, Simon Mwansa, Lucky Msiska and Pearson Mwanza.
Since then, Zambia is struggling to qualify for the Olympic Games.
The next Olympic Games are billed for Rio de Janeiro, Brazil.
The two gold medals are from boxing and one from athletics.
The country competed for the first time at the Commonwealth Games in 1970 British Commonwealth Games and has participated in every tournament since except for the 1986 edition.
At the Commonwealth Games, Zambia has a record of three gold, eight silver and 20 bronze medals.
Zambia has 31 medals including a bronze medal in the 1954 Games won by Ian Epton.
Boxing legend Lottie Mwale won the first gold medal in 1974 in New Zealand, Matete minted gold in 1994 and another pugilist Kennedy Kanyanta rose to the occasion at the 2002 Manchester tournament.
Apart from Kanyanta, two other boxers Dennis Zimba and Davies Mwale won silver and bronze medals in Manchester.
It took 12 years for Zambia to increase its medal tally at the Commonwealth.
Middleweight boxer Ben Muziyo and judoka Boas Munyonga won bronze medals at the 2014 Glasgow Commonwealth Games.
Zambia was represented in eight disciplines and by 43 athletes to the tournament in Scotland.
The disciplines are athletics, badminton, bowling, boxing, judo, squash, swimming and table tennis.
The next Commonwealth Games will be in Australia 2018.