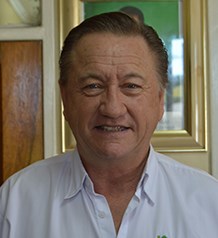 Speaking at the launch of the Mongu rice depot recently, Mr Cottan said the company has taken a step to brand the rice as they want it to be a household food product in Zambian homes and potentially be exported to neighbouring countries.
“As a company, we appreciate that we have more depots in Western Province after Lusaka and this is because we have seen value in this area and want to contribute immensely to its growth,” he said.
Mr Cottan also said the launch of the Mealile Mongu rice is meant to empower small-scale farmers with sustained national market.
He said the brand is equally meant to make the Mealile-branded Mongu rice into a more organised brand of rice,which will be striking to the eye when on display.
“Therefore, given that Superior Milling is a wholly-owned Zambian company, we believe in the mantra of a Zambian company for the Zambian people. We are today living that motto by promoting a local well-packaged and branded product, just like any other imported products,” Mr Cottan said.
He thanked the Barotse Royal Establishment (BRE) in Libonda for granting them permission to open a depot in the area.
Western Province Minister Nathaniel Mubukwanu called on rice farmers to take advantage of Superior Milling’s investment to increase their yields.
Mr Mubukwanu said it is gratifying that Superior Milling chose to start buying the Mongu rice instead of other products.
“Let me assure the company that Government will support you on this project because we know that the project will help farmers with a ready market for their rice. I also want to urge Superior Milling to work out a good system for prompt payments of rice farmers so that they invest back into their farming activities to improve their yields,” he said.
Mr Mubukwanu said this in a speech read for him by Western Province permanent secretary Mwangala Liomba.
And BRE Ngambela Nyambe Mwenda said the branding of Mongu rice will motivate farmers who had a notion that being a rice farmer had no benefits.
The Food Reserve Agency (FRA) and other players are also purchasing the product.
Mr Mwenda said Litunga Lubosi Imwiko is pleased to see the company set up a rice depot in Mongu with the aim of collecting rice from Kalabo, Senanga, Mongu, and other outlying areas in the province.