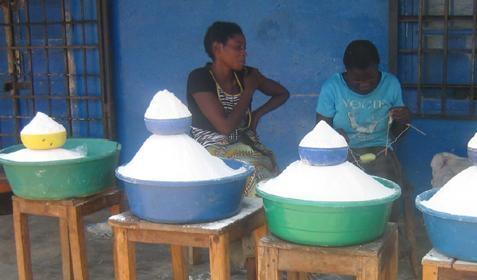 STEVEN MVULA, Parliament
THE Food Reserve Agency (FRA) has availed maize to millers that have run out of stocks of the grain. This is in a bid to stabilise the price of mealie-meal.
The programme will run up to April 30, next year, and will be extended for a period of two months for milling companies that will wish to continue.
Minister of Agriculture Given Lubinda told Parliament in a ministerial statement yesterday that Government, through FRA, will enter into legally binding but voluntary contracts with some private millers and avail them maize grain at K85 per 50kg bag instead of K120 as sold by the private sector.
The minister said this measure will see a 25kg bag of breakfast mealie-meal sold at less than K70 while roller meal will be pegged at less than K55.
â€œPresident Lungu has acted to serve the interest of the nation. This move will stabilise the prices of mealie-meal,â€ he said.
Mr Lubinda said Government has decided to get involved in the milling business because the private sector has run out of maize grain.
â€œGovernment is concerned with high prices of mealie-meal and other commodities.
â€œThe private sector is expected to take the lead in maize marketing but they have not stocked enough maize grain as most of them have run out of stock,â€ Mr Lubinda said.
He said the role of FRA is not to buy maize in large quantities, but to merely stock strategic reserves.
FRA has 930,000 metric tonnes in its reserves.
Mr Lubinda said had the millers bought enough quantities of maize, mealie-meal prices would not have risen.
â€œIt is surprising that millers wait for FRA to supply maize. Poor management of the maize stock by some millers has led us to where we are. Millers must take full responsibility of maize. FRA is not a warehouse for millers,â€ he said.
And Mr Lubinda said an additional 100 solar- powered milling plants will be operational by January next year and this will help reduce the price of mealie-meal.
The Zambia Cooperative Federation (ZCF) and Zambia National Service (ZNS) will run the milling plants.
Mr Lubinda said the involvement of Government in the milling business is not an introduction of price controls.
He was responding to a question by Choma member of Parliament (MP) Cornelius Mweetwa (UPND).
Mbala MP Mwalimu Simfukwe (MMD) commended Government for the initiative of availing maize to the private sector.
Mr Simfukwe said all progressive governments world over protect their citizens from manipulation by the private sector.
â€œI wish to commend Government for this initiative. Government must not allow an invisible hand of market forces to arm-twist it,â€ Mr Simfukwe said.