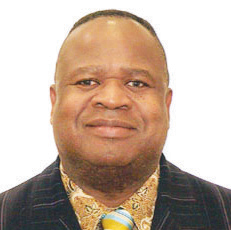 Analysis: MUNYONZWE HAMALENGWA
I GET filled with revulsion when I hear the American President referring to the catch-phrase, “Make America great again”.It hacks back to the old days of slavery, share-cropping, separate but equal doctrine, Jim Crow, lynchings, segregation and the rest when African-Americans were under the yoke of white supremacy in the United States.
It refers to the age of American imperialism when America invaded countries at will and with impunity, days before President Barack Obama became the first African American President in US history and brought sanity and equality to American domestic and international relations.
Trump with this slogan reversed a lot of what Obama had tried to do. And what Obama accomplished.
What has all that got to do with the mayorship of Lusaka? Plenty. If the Trumpian slogan is rephrased to read “Make Lusaka great again”, it would be music in the ears of many Zambians, in general, and many Lusaka residents, in particular. It would not refer to the Lusaka of the old colonial days.
It would refer to the post-colonial Lusaka, a Lusaka that was lush green, where the terrace island in between the southward and northward-bound lanes of Cairo road was tended to regularly and pleasant to experience, where the fountains in the middle of both Kafue and Kabwe roundabouts were functioning and the islands were full of beautiful flowers and eagles atop the respective monuments filled an onlooker with pride to be Zambian – when there were no potholes and no unsightly garbage and the drainages actually functioned and I could go on.
There was indeed such a time when Lusaka was pristine clean and functioning with an actually working mayor and city council. You may not have been born yet, but there was a time when Lusaka was great. Let’s make it great again.
I don’t want to hear the excuses that there was money then. There is more money now than there was then.
I also don’t want to hear the excuse that the population has increased.
The population has increased indeed but in places like Toronto and other places, where population has also increased, so have municipal services improved because the more people there are, the large the pull of resources from the increased taxpaying base. The more the economy should improve because of the concomitant increase in construction of new houses, electrical and water services, schools, road networks, playgrounds, urban transportation, in short, new investments and, therefore, new sources of income resources for the city and country.
The Malthusian theory of the devastating effects of population explosion is not well grounded.
The old logic of why there was need for large families in agrarian society in order to improve the family’s economic base, still applies to modern economies based on urbanisation.
No one has ever said we must throw up our arms in despair in the face of “challenges”, another word in Zambia which seems to explain everything away without explaining who is behind these challenges.
The men and women in charge of the operations in issue from down and low to the heights of power.
Your work is already cut out for you. I recommend that the major task of a mayor, in co-operation with the central government, is the reduction of poverty and signs of poverty. This involves improving the conditions of living in the shanty compounds where the majority of the people live. These are our relatives who have been bypassed by the benefits of economic independence. Priority number one, there is housing and supporting infrastructure like health, water, electrical, road, schools, drainage building and repair. Adults and children need community centres where they can gather, play sports, hold meetings and watch movies.
Vendors must be accommodated in permanent structures in designated areas of the city.
They shouldn’t be everywhere and anywhere. They take care of their families but they shouldn’t clog the sidewalks everywhere.
They should be made to collect and dump their garbage in designated places rather than throw it in open drainages or leave it wherever they are selling. There should be a penalty for littering by anybody.
Signs of lack of care and poverty loom everywhere in Lusaka. Piles of garbage everywhere sicken the soul, especially if you have just come from abroad centred in the West.
Drainage systems are chocking with uncollected garbage. You drive on the road and you see garbage piles after garbage piles.
As you drive in most parts of the city, you are also confronted with potholes that damage your car and decrease its lifespan. And most of these roads have no sidewalks where pedestrians can freely walk or cycle.
Roads should be enjoyed by all. There should be paved sidewalks accompanying every street in Zambia.
Work ethic should also be improved. When one seeks municipal services, inquiries must be dealt with professionally and speedily.
You shouldn’t be finding a jacket hanging behind a chair and someone is on permanent lunch. These workers must be disciplined.
There will be another instalment of these thoughts later.
Concentrate on making Lusaka great again.
The author lectured at York University in Toronto and also ran for Mayor of Toronto in 1997.