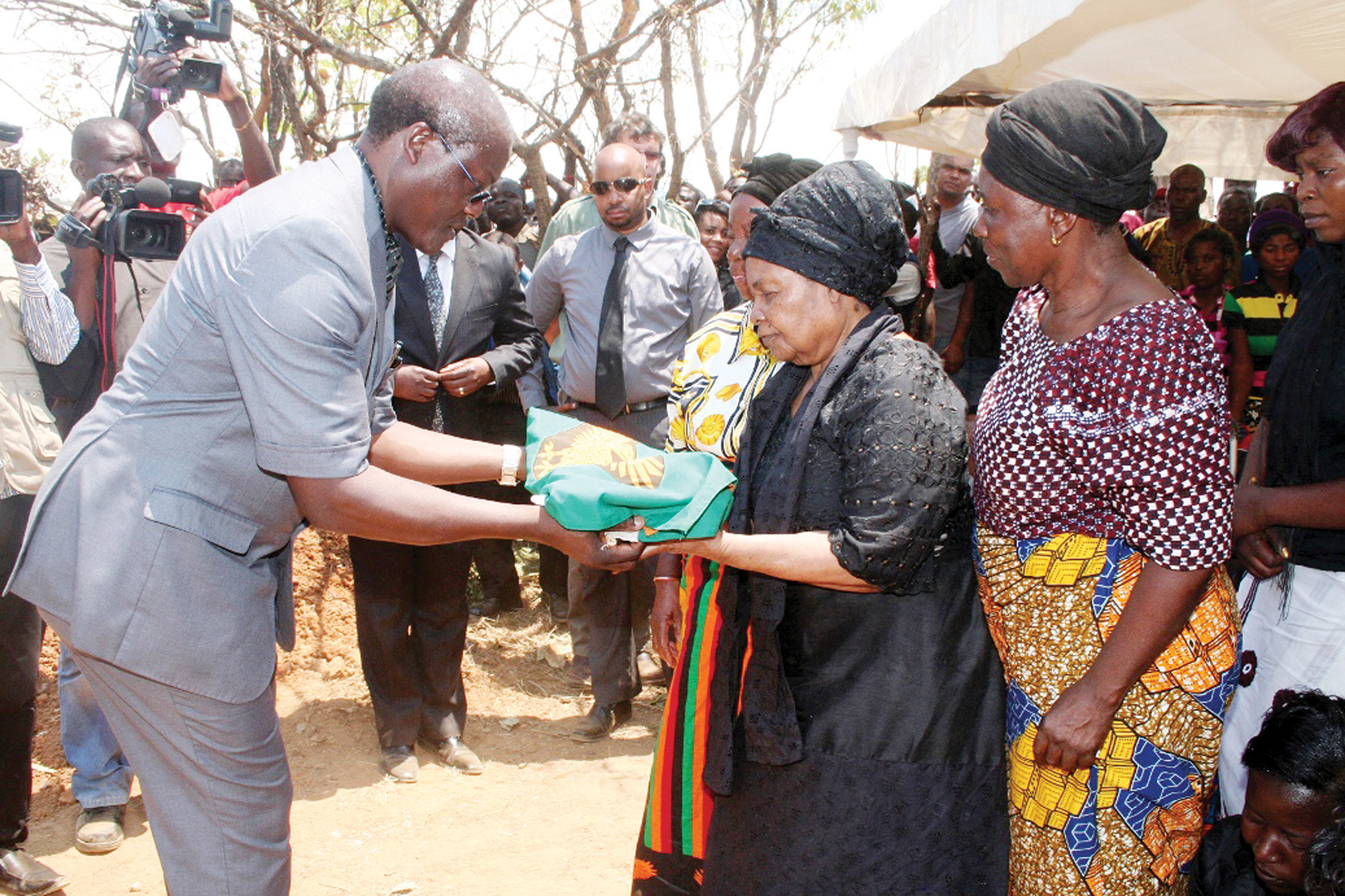 LATE veteran politician and academician Peter Matoka has been buried in his home village, Kawiko, in Mwinilunga district of North-Western Province.
And Government has paid tribute to Dr Matoka, describing him as a loyal and dedicated man who served the nation with diligence.
Minister of Home Affairs Ngosa Simbyakula said Dr Matoka was a passionate leader who exhibited exemplary skills in his contribution to the liberation struggle and when he served in different government portfolios.
Dr Simbyakula said this in Mwinilunga yesterday during the burial of Dr Matoka at Kawiko village.
He said Government recognises and appreciates the great contribution Dr Matoka made to the countryâ€™s political struggle for independence.
Dr Simbyakula said Zambia is this year celebrating 50 years of political independence due to the sacrifices that Dr Matoka and other freedom fighters made.
Dr Simbyakula encouraged youths, who are the future leaders, to emulate Dr Matokaâ€™s good works of loyalty and dedication for them to contribute positively to national peace and unity.
And Senior Chief Ishindiâ€™s representative Brigadier General Kenneth Kankinza appealed to Government to construct a university in the North-Western province in honour of Dr Matoka.
Brig Gen Kankinza said as an academician, Dr Matoka contributed significantly to the development of the education sector hence the need to honor his works.
And responding to the appeal, Dr Simbyakula assured that Governmentâ€™s plans to construct a University College of Science and Mathematics in North-Western Province have advanced.
The minister said funds for the project have already been sourced adding that what is remaining is only to identify a site, contractor and designing the project.
Dr MatokaÂ  died last Friday at University Teaching Hospital (UTH) after an illness
He served as Minister of Information and Postal services among other ministerial positions in Government and in the diplomatic service.
Dr Matoka was until his death Chancellor at Coppertone University on the Copperbelt. – ZANIS