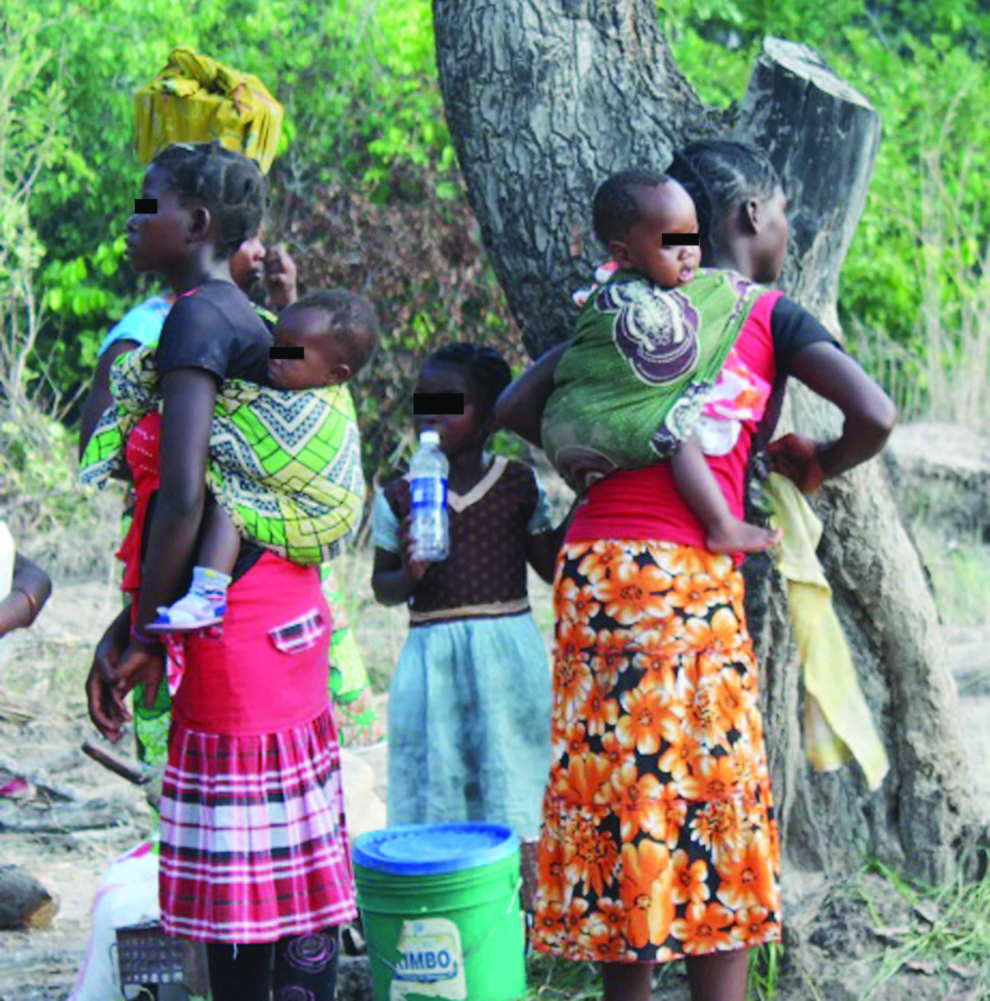 SHIKANDA KAWANGA, Mansa
A FOUR hours walk to and from school is one major cause of the high school dropout rate among boys and girls of some remotest villages of Chief Matanda area in Mansa.
And the consequences of dropping out of school is seen by the number of young girls carrying or breastfeeding their babies on the streets of these villages.

One such girl is 16-year-old Kabwe Chilufya (not real name) of Kamfungo village, a mother of a one-year-old baby boy.

Kabwe said she fell pregnant early because she had nothing to do whilst at home after dropping out of school in Grade Four due to the long distance she had to cover to the nearest school.
“I used to get very tired after the long walk such that I was failing to concentrate in class. I would end up dozing and I thought the best was to drop out of school,” she said.
Kabwe says her dream was to complete school but the distance to school made her give up on her dream.
And Kabwe’s mother, Mumba Chilufya (not real name), confirmed that the long distance to school has resulted in children dropping out of school.
Mumba said very few children are able to complete their education, and that the boys opt to go hunting and fishing while the girls engage in sex at a tender age.
She said early pregnancies and child marriages are rampant in Matanda area, especially in villages such as Kamfungo, Chita, Chebebe and Chipya Makonde.
Meanwhile, at 20, Bernard Mwamba, a resident of Matanda village, is a father of two. He also attributes his lack of education to the long distances to school.
He said if he had a way, he would not be a family man but instead pursue his education further, adding that the problem of early marriages does not only affect girls but boys as well. This, he adds, has resulted in high levels of poverty.
Mwamba’s appeal, like the other residents, is to have Government construct schools as closer to the people as possible.
“We are appealing to Government to construct schools so that even the youths of Matanda chiefdom can contribute to the development of the country,” he said.
The problem of early pregnancies and child marriages is not peculiar to Matanda area. Eight chiefs of the Ushi people of Mansa have the same appeal to make to Government. The appeal is to stiffen laws against child marriages.
Among the chiefs who urged Government to intervene are chiefs Matanda, Kalasa- Lukangaba, Kasoma-Lwela, Mabumba, Chisunka, Senior Chief Milambo and Sub Chief Kapwepwe.
This came to light during the Chabuka traditional ceremony where the traditional leaders spoke through the national organising committee chairperson, Colonel James Kunda, in Mansa recently.
Speaking in a separate interview, Chief Mabumba said there is also need for sensitisation programmes to discourage members of the communities against early and child marriages.
“To end early and child marriages we need tools that will completely eradicate these vices. We cannot fight a war without a gun. If we have a law in place in the penal code, the law can do the talking,” he said.
Chief Mabumba said the children that get into early marriages are supported by their parents who sometimes question the chiefdom’s authority over their children, hence the need to have a law in place.
He said most traditional leaders have been trying to address the problem but the biggest challenge has been the parents of the victims who even lie about a child’s age.
“The parents will defend the practice and say the child is old enough to be in a marriages. This has been a major challenge,” he said.
“The efforts we are making as a chiefdom are not bearing fruit,” he added.
And Chief Matanda said early and child marriages have a negative impact on the growth of the child. Some children get pregnant too early when their bodies are not fully developed.
“Girls as young as 12 years old end up pregnant. As a result, they suffer from health complications,” he said.
The traditional leaders are worried that despite their many interventions that the chiefdom authority may put in place, the practice is still rampant.
It is factual that pregnancy rates are particularly high among out-of-school girls. Early pregnancy is often associated with early marriage and school dropout rates, and poverty contributes to all these. Observational studies from low-income countries indicate that young women who quit school early are more likely to marry and become pregnant earlier than those who stay in school.

Ladies should marry men that are committed
2018 should be year of peace, love