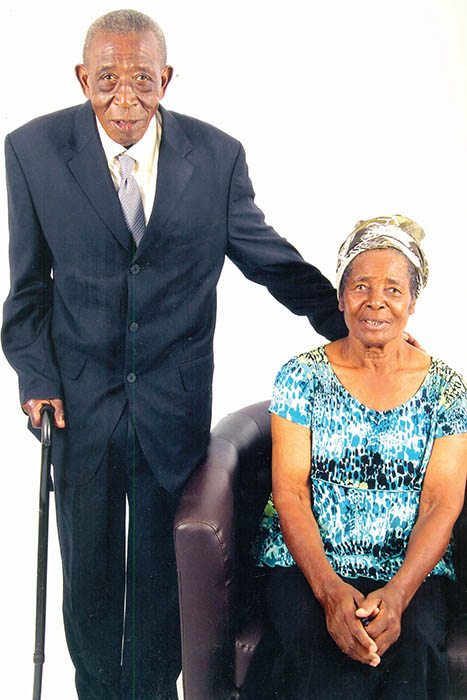 YOUR FAMILY MATTERS with PASTOR CHANDA
Wednesday, 1 October 2014:
THIS is the month we have all been waiting for. Zambia will be celebrating 50 years as an independent sovereign state.

It will be our golden independence celebrationsâ€¦our golden jubilee. From what I hear, it is really going to be a big splash!
There is a concerted effort to find the individuals who fought alongside Dr Kenneth Kaunda in the struggle for independence so that we can hear afresh from them what really happened. I am sure they will be honoured again for the umpteenth time.
Most of the freedom fighters are now dead. Remember, it was fifty hears ago that they put up the gallant fight that resulted in us being a sovereign nation. If they were in their thirties then, they must be in their eighties now. Very few Zambians live to such an age.
However, the hunt goes on. Where wives have outlived their husbands, they are the ones being interviewed. Where both husband and wife are gone, it is their children being interviewed. Some children were old enough to remember seeing their parents being arrested!
Fifty years on. How have we survived as a nation? How has Zambia developed to be the nation that it is today? We have changed presidents five times in fifty years in a peaceful way. That can hardly be said of many African countries. God has been very good to us.
It is this last thought that has made me think of looking for Zambian couples who have been married for fifty years or more. I think that it would be a great encouragement for our young people to hear from them how they have managed to be married for so long.
We want to know how they survived as a couple despite all the temptations towards sexual sin that surrounds us everyday. We want to know how they developed their marriage so that it was not merely an endurance (â€œshipikishaâ€) club. We want to know the secret.
I know that there are many people in Zambia today who have been married for more than fifty years but most of them are with their fourth or fifth husband or wife. Some of this is due to the deaths of spouses. There is nothing you can do about that, unless you caused it.
God has the right to give and take away life. There are individuals who have died as a result of an accident on their honeymoon-a few days after their wedding. We do not know the day we will receive the summons to go and appear before God our Maker.
Hence, when a couple have been married to each other for fifty years, we must first of all thank God for giving each one of them long life. If they got married in their mid-twenties then they are both in their mid-seventies. Let us face it, that is not very common today.
Then marriage itself has its challenges. There are the early issues of settling down and finding your feet. You discover that your different backgrounds cause you to have a lot of clashes, which give you many sleepless nights. But love finally overcomes all that.
Then there is the period of having children. Some fail to have children and that causes a lot of stress. Others have children and struggle to raise them up. Others have children outside the marriage due to unfaithfulness and almost bring their marriages to a dead end.
Then there is the midlife crisis that hits you like a bomb. You begin to realise that all your major goals are behind you-choosing and studying for a career, choosing and marrying your soul mate, starting a family, buying your house, etc – and now it is just daily existence.
It is often during this midlife crisis that men and women go astray. Like David with all the major battles behind him, which led him to start a relationship with another manâ€™s wife (Bathsheba), many men and women start pursuing love outside the marriage relationship.
So, this month, I want to interview for my diary those married couples that have remained together for fifty years or more. I want to hear from them the challenges they went through and how they overcame them. If you are such a couple, please get in touch today!
For comments or confidential counsel, write to: reverendchanda@yahoo.com
Or call or send a text to 0974250084