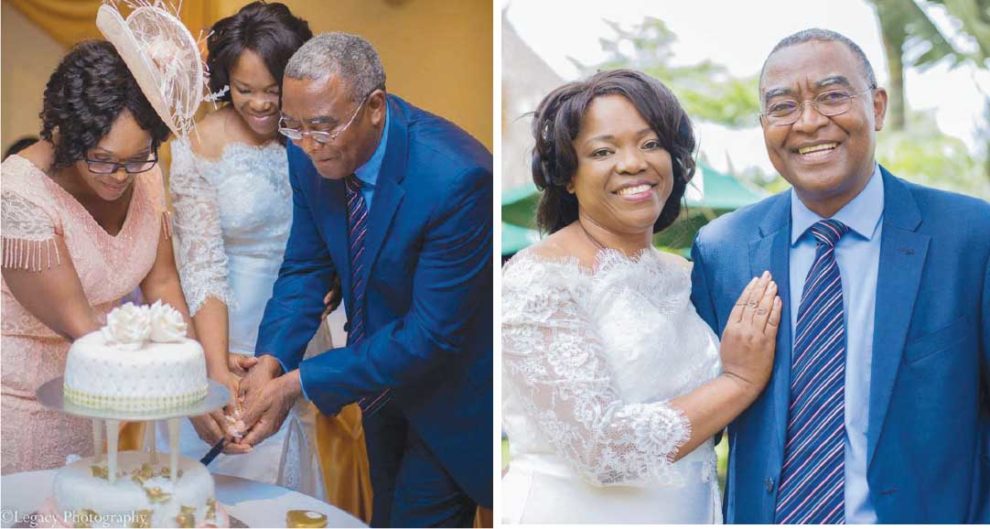 How we met: DOREEN NAWA, Lusaka
IN 1979, while pastoring in Mansa, renowned Seventh-Day Adventist tele-evangelist Pardon Mwansa met his wife Judith.
On that fateful day, in his 20s as a young pastor, Dr Mwansa was invited by Judith’s  grandmother for a meal.
That meal was prepared by Judith, now his wife.
“She cooked the meal and it was good,” he says. That was the beginning of their friendship.
Judith attended regular church worship and Sabbath school.
Dr Mwansa  had two things he was looking for in a wife to be.
“She had to be somebody I loved and I was attracted to. Without that, even if she was a Christian, I wouldn’t have married her. I had to be attracted to her,” Dr Mwansa says.
Another vital criteria for Dr Mwansa was one centred on Christian values, a thing he says was a must-have for a future wife.
“One whose Christian values reflected mine was a must. That was non-negotiable and the reason was when her values are closely aligned to mine, we would have fewer issues,” Dr Mwansa says.
For Dr Mwansa, a future wife was one who believes in values such as marriage as a life-time commitment, marriage as a commitment to each other whether in sickness  or in health.
He adds that he was looking for a woman who understood that children upbringing in the way of God’s desires was a must.
The couple describe their 35 years of marriage as a normal marriage that does not have the usual challenges.
“Our marriage is normal and where we have experienced situations, we would go on our knees to pray, and God has been faithful. God always answers our prayer. We have not gone to our parents to say that things are rocky,” Dr Mwansa says.
But he recalls some challenges when his wife turned 50.
“When my wife reached menopause, it was like I married a different woman,” Dr Mwansa says.
And at that time Dr Mwansa had to learn by reading a lot of scientific books on a woman’s body.
“And I had to adjust to the change, too. It rocked her for almost three years,” he says.
During that time, Dr Mwansa was patient enough to wait for the phase to pass.
The couple’s early days were a little unique because Dr Mwansa,  as an administrator, had to be away from home for days.
“I know my wife missed me because my job involved a lot of travelling but she would cope with the situation. She took care of our four children very well,” Dr Mwansa says.
The couple says their children have all embraced Christian values and they all had to go to Christian schools, from primary to tertiary education.
“Our home stability has been anchored on church, Christian schools giving birth to a home where vices such as drug abuse and violence have not found space,” Mrs Mwansa says.
The couple does not have regrettable or striking situations in their home because they have learned to co-exist.
“We have learned that anything that comes in a negative way will calm down. There are times when we have had really hot situations but keeping at home, living with hope and trusting that the turbulence will at one point calm down has helped,” the couple says.
The couple says they have learned to understand each other’s strengths and weaknesses.
“The major problem many face in marriage is to tell oneself that you are better than your husband or wife, and that’s bad for spouses,” the couple says.
The Mwansas have learned never to have eyes that see weaknesses in the other.
“We understand our weaknesses, it helps,”Mrs  Mwansa says.
At this stage in their marriage, the Mwansas know that weaknesses are part of who they are.
“We have learned to live with them. There was a point when I tried to lecture her. I realised she could do the same to me. The best is capitalise on your spouse’s strength and you will live happily,” Dr Mwansa says.
Describing their marriage life, the Mwansas say it is a home where happiness abounds.
Dr Mwansa says, “We love one another, we don’t belong to a generation that takes out a spouse for dinner. We thrive on knowing that we are both there for each other in whatever situation and that gives us comfort.”
Dr Mwansa commends his wife as a great mother with the best parenting skills with which she has helped raise the children.
Commenting on temperament, Dr Mwansa says that is  a choice and it can be dealt with.
“Even civilisation tells us violence whether physical or emotional should not be given room anywhere,” Dr Mwansa says.
Dr Mwansa says for couples, whenever there is a challenge or irritation, the best way is to walk out of the situation and not marriage.
“Please, take a walk. By the time you come back, you would have calmed down,” Dr Mwansa says.
The couple sums up by saying respect, a healthy sexual life and the management of finances will lead to a healthy marriage.
The two got married on December 18, 1983 in Mansa.

What went down in Sesheke?
State’s response to disasters hailed