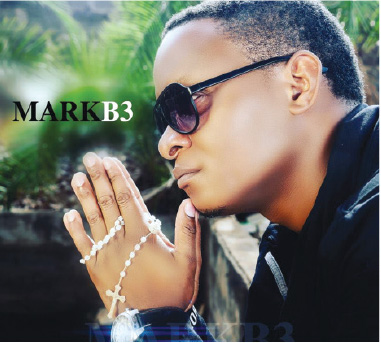 GOSPEL GROOVES with FELIX NYAMBE
CHRISTIMAS is all about giving and receiving, all in the name of the Messiah Jesus Christ, who was born in Bethlehem over 2000 year ago.
And for gospel singer Mark â€œB3â€ Kasomo, there is no better gift than to deliver to his faithful followers a well packaged album titled Real Men Pray, a heart-captivating and soul searching that evokes memories of his departed twin brother Marvin who died on March 4, 2014.
With songs such as his personal tribute to his brother aptly titled Chibusa (friend), Mark has set January 2017 as the official release of the 15-track album which will be available in all Sounds outlets.
â€œGospel music lovers and followers of the Lord Jesus will sample the demo-album this Christmas (today) as a way of saying Merry X-mas to you all,â€ stated Marvin, 31.
But after listening to the other songs such as Ndemisha Shani, Mdziko, Bye To The Old Me, Katula, Yesu and Umulopa, one would certainly find redemption in Markâ€™s music because it is also the tool which should hail the very reason for this season.
While on Yesu, Mark strives to bring out our relationship with Jesus and His infinity mercy and love, it is the song Umulopa which should really matter the most because the song, which literally means the blood, is where all our lives depend on.
B3 is one of the trendsetters of contemporary gospel music, thanks to the ingenuity of Mark and his brother Marvin, along with the other member Martin Nkhoma.
But after Marvinâ€™s death, Mark has continued with the B3 legacy.
Mark has wiped away his tears and has been compiling his works, together with those of his brother.
â€œApart from Real Men Pray, I have also complied Marvinâ€™s works on the album titled Champion,â€ revealed Mark a diploma and advanced diploma graduate from High-tech Institute and Golden Gates Institute, respectively.
The album Champion, which was being mastered in the United States was partly recorded in Lusaka at Ben Blazer studios and contains one of the finest tributes of the B3 family like one titled It Is Well. Clips of its moving video have already hit the small screens.
The Kasomo brothers together with their friend, Milton came on the scene in 2001 to form B3.
They recorded their first album titled Natasha, on which they thanked God for their gifts of life and talent in 2005, two years after leaving high school in Kabwe.
Songs on the album included Mwe Lesa Nimwe Kacema, Wilalila, G.O.D., Inshita Naikumana, Love Till the End and Uzachita Bwanji.
In 2008, B3â€™s album titled Wemautima Wandi was released on the market and had songs like Luse Lwa Ba Lesa, Mwaliwama, Mayo and Balikabalika.
fmmusik@yahoo.co.uk, 0979360993/0964873656.