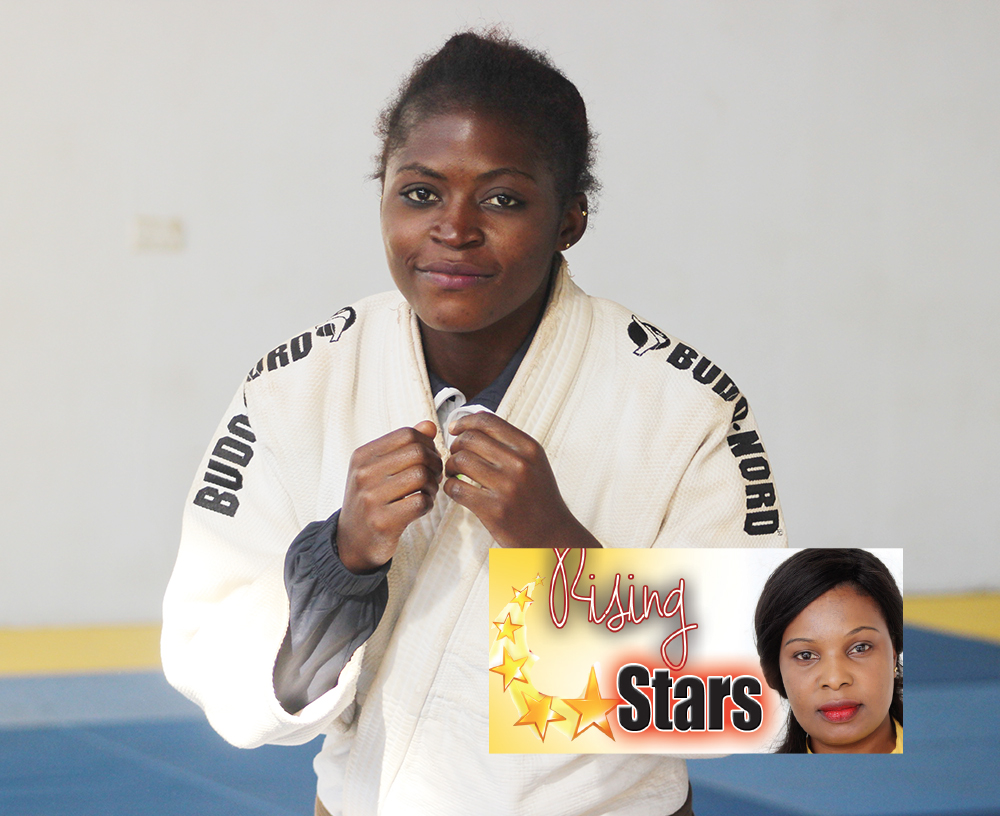 RISING STARS with DIANA MUTAFIMBO
WITH the Olympic Games around the corner, Zambian athletes are in high spirits preparing for the quadrennial games.
Others are jostling for qualification to Rio de Janeiro.
So far, only four athletes that include two runners and two judokas are guaranteed of a slot while others are on the verge of qualifying.
The four athletes that have so far made it to the Olympics are runners Mupopo Kabange and her United States of America-based counterpart Gerald Phiri and judokas Abigail Chendele and Mathews Punza.
While Zambia has massive talent in almost all competing disciplines, performance at such high-level competitions has remained a challenge although the country can boast of a few Olympic and Commonwealth medals.
One of the few sports disciplines that have recorded impressive results at international competitions is judo.
For a long time, judo has been one of the most consistent and a medal hopeful sport for Zambia at international competitions but the low number of athletes representing the country has always been a major cry.
It is for this reason that a number of young athletes have taken it upon themselves to ensure they meet international standards in a bid to represent the country at various levels.
Knowing the potential that lies in judo, 17-year-old Margaret Phiri has taken up the mantle and is working towards her major breakthrough in the sport.
Margaret is determined to join the list of Zambiaâ€™s beacon of hope at international events like the Olympics.
BACKGROUND
Margaret, who is second in a family of four, was born on August 28, 1998.
She lives with her parents in Lusakaâ€™s Zani Muone area.
Margaret is currently in grade 10 at Matero Girls Secondary School and wants to study law.
While she is passionate about judo, Margaret is also in love with education.
â€œI have always admired lawyers and I am also a believer in justice, that is why I want to study law. Education is my first priority,â€ she says.
CAREER
Margaret started associating with judo in 2012 at Olympic Youth Development Centre (OYDC).
She is currently a member of Ipon Judo Club and competes in the 63kg weight category.
So far, Margaret has two medals to her name. Both medals are from the Japanese Ambassadorâ€™s tournament last year and 2014.
â€œMy dream is to represent Zambia at the Olympics or Commonwealth Games and I am working hard to ensure I meet all the qualifying standards. It is not easy and competition is very high but I am determined,â€ she says.
Apart from representing Zambia at high-level competitions, Margaret wants to compete professionally in South Africa.
She believes the country is the best hub for her professional career development.
INSPIRATION
Margaretâ€™s coach Misozi Daka is her role model.
Daka has been Margaretâ€™s inspiration and encourages her to remain focused, disciplined and determined.
For comments: dmutakafimbo@daily-mail.co.zm