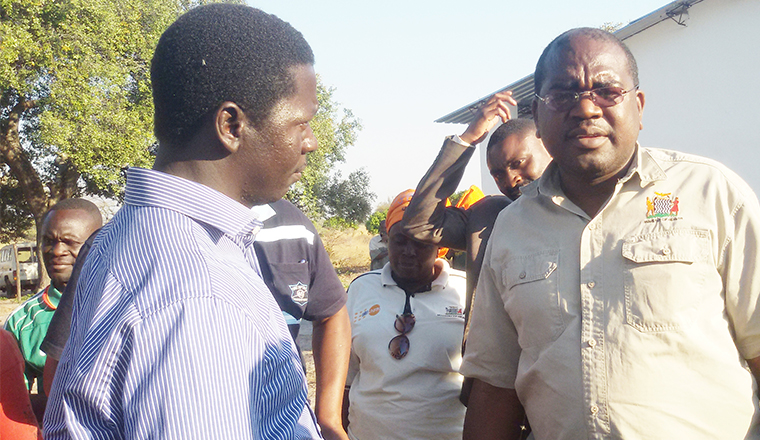 KELVIN CHONGO, Mansa
MANSA Municipal Council is frustrating Government efforts in developing the area, Mansa Central member of Parliament (MP) Chitalu ChilufyaÂ  has said.
Dr Chilufya, who is deputy Minister of Health,Â  said the bad working culture at the council is frustrating and delaying implementation of constituency development fund (CDF) approved projects.
He said this while addressing a meeting at Musaika Primary School in Mansa on Sunday.
â€œI am committed to fulfilling my pledges of delivering social services to the people, but the councilâ€™s bad work culture is causing developmental projects to delay,â€ the minister said
He said altering of council resolutions by some councillors is frustrating Government efforts to give people the development they need.
â€œWe are losing a lot of time because of the council and none of the projects have taken off through CDF, all this is because of the councilâ€™s inefficiencies,â€ Dr Chilufya said
He is aware of the challenges people face in Musaika such as lack of a health centre, poor road network and limited accessibility and promised to address them.
Dr ChilufyaÂ  donated footballs and jerseys to residents of Musaika before proceeding to James area where he performed a similar gesture after checking on progress on the construction of James Clinic, which is one of the 650 rural health posts government is building.