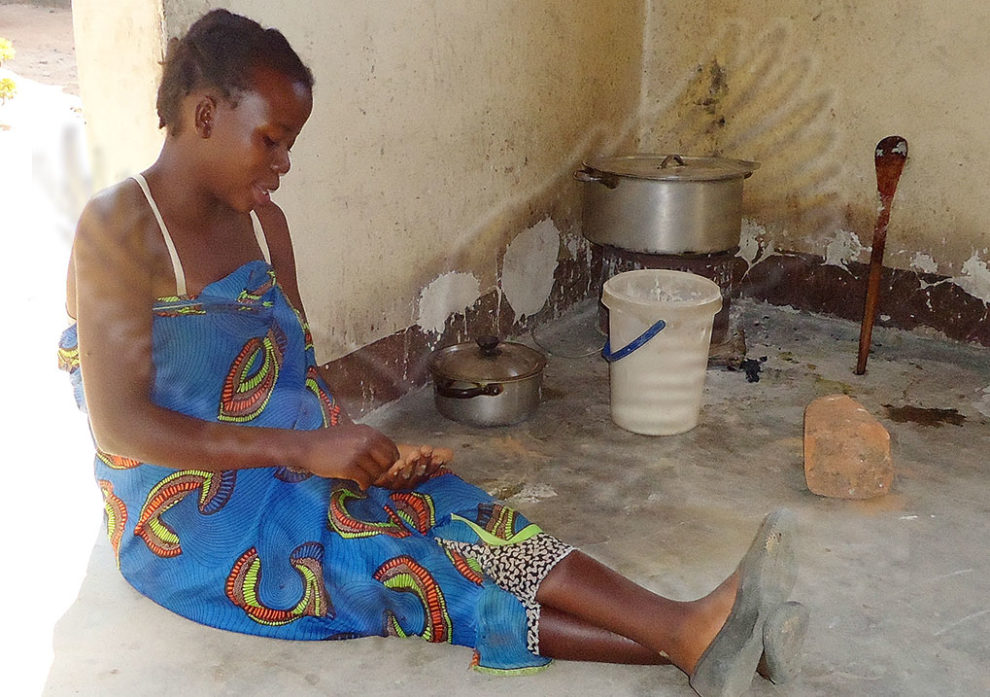 LILLIAN BANDA, Mansa
AT 20 years of age, Mary Mwansa is already expecting her fourth child. She recounts how at the age of 15 she was abandoned by the father of her first child, leaving her with no choice but to get married in order to survive.“Getting married seemed like the logical thing to do given that my parents were already overwhelmed with the responsibility of providing for my younger siblings,” explains Mary, who at the time of the interview was seeking antenatal services at Lukwesa Rural Health Centre in Mwense district of Luapula Province.
Both early and child marriages are a common thing in rural as well as low-income communities of Luapula Province and other parts of Zambia. In these communities, the majority of girls drop out of school much earlier than boys.
Parents’ support for child marriages has often been related to the desire to reduce the economic burden on the household or to benefit from the bride price.
“Many parents in rural and poorer communities simply do not appreciate the value of education while some are of the view that a girl is better off getting married just after reaching puberty because she may encounter challenges in finding a suitor if she goes beyond a certain stage in life. This, coupled with the high poverty levels, compels some parents to marry off their girl children at a young age,” says Agnes Chola, 22, of Kapusha village in David Chilembe’s area in Mansa.
Agnes, who got married at the age of 16 and is expecting her second child, says she would like to go back to school if given a chance. She dropped out of school in grade four when her parents died because her grandmother who took her in could not afford to keep her in school.
Apart from perpetuating the poverty cycle, marriages of persons below the age of 18 tend to rob adolescent girls of their reproductive health rights as well a decent future. Child marriages often result in early pregnancies, which put the girls involved at a higher risk of complications arising from pregnancy and childbirth such as obstetric fistula, a condition that is caused by prolonged obstructed labour, leaving one with no voluntary control over urination or defecation.
In addition, girls that marry early have little or no opportunities to better their lives and those of their families as they are denied a chance to develop into healthy, productive, independent and responsible adults.
It is with this understanding that the Mansa District Women Development Association (MDWDA) in September 2017 started an education and sensitisation programme called Ending Child Marriage in 18 villages in Chief Chimese and Chief Kalaba’s areas. Target beneficiaries of the programme are parents and girls aged between 11 and 18. The programme, which is being supported by the Non-Governmental Organisations Coordinating Council (NGOCC), not only educates parents about the dangers of child marriages but also provides them with farm inputs such as crop seed and fertiliser so as to enable them to earn a living. School-going children in targeted communities receive training in child rights, sex education and assertiveness skills.
Traditional leaders, village committee representatives and school authorities have been involved and engaged in the programme.
“As an organisation, we have witnessed with sadness cases of girls that have developed obstetric fistula because of early marriage, leading to early pregnancies. It is an extremely unbearable condition especially for young girls who are only starting out in life,” says MDWDA executive secretary Elizabeth Mushili.
Since the inception of the programme, four girls aged between 15 and 18 have been withdrawn from child marriages and have since gone back to school.
“It’s good to note that parents are beginning to realise that child marriage is detrimental to young people and to the larger community. It also denies girls and boys the right to contribute fully to the wellbeing of their communities,” she said.
Although child marriage has declined by 25 percent from 41.6 percent to 31.4 percent among women aged 20–24 who reported being married before they were 18 years old, as pointed out in a recent report by Population Council, it still remains an issue of concern.
A report by Girls Not Brides indicates that Zambia still has one of the highest child marriage rates in the world with 31 percent of women aged between 20 and 24 years being married by the age of 18. The rates of child marriage vary from one region to another, and are as high as 60 percent in Eastern Province, and as low as 28 percent in the capital, Lusaka.
According to the 2013–14 Zambia Demographic Health Survey, child marriage affects more girls than boys. About 16.5 percent of 15 to 19-year-old females reported being married compared to only 1 percent of males of the same age group. Similarly in the 20 to 24 age group, only 2.2 percent of males reported having married when they were younger than 18, as compared to 31.4 percent of females.