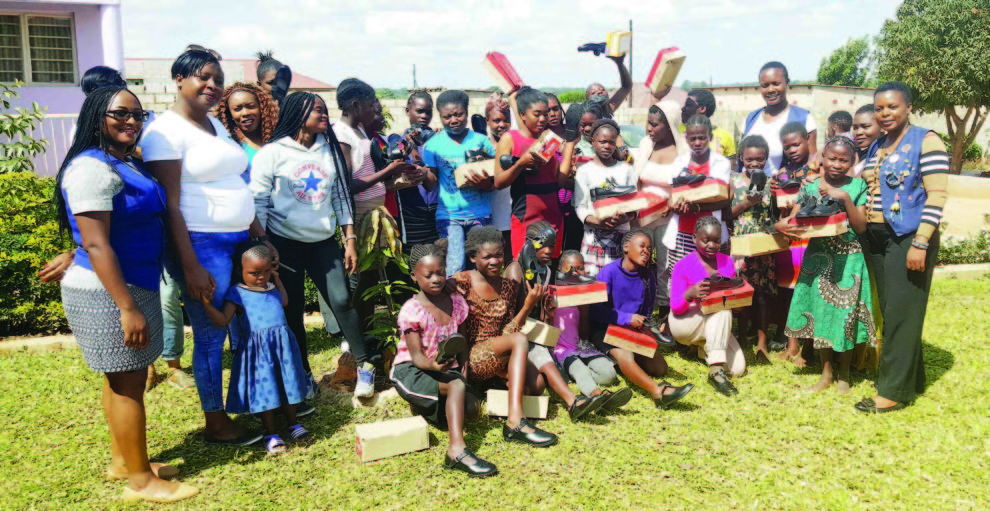 MIKE MUGALA, Lusaka
GETRUDE Chanda, 17, (not real name) is a former victim of child abuse. She was brought by her aunt, who got her from her parents in the village to take her to school in Lusaka.
Upon arrival in Lusaka, Gertrude was taken to her aunt’s friend where she worked as a maid without pay.

But worse of all, there was a plan to traffic her to the United Kingdom, where she was to work as a babysitter.
With the help of a neighbour who she had tipped about the plan, police swiftly came in and took her to Vision of Hope. That was in 2012.
Now in Grade Seven, Gertrude dreams big and aspires to become a journalist when she completes her secondary education.
She wants to use her career to fight girl child abuse and bring out challenges affecting the welfare of the girl-child.
According to the International Labour Organisation (ILO) convention on minimum age, children between the ages of 13 and 15 years old may do light work, as long as it does not threaten their health and safety, or hinder their education or vocational orientation and training.
But in Gertrude’s case, the opposite is true, she was forced to do hard work as early as 12. Her aunt took advantage of her parents’ poverty to exploit her.
Majory Kabwe (not real name), seven, was sexually abused by her uncle when she was five.
Her shyness and stammering voice during the course of the interview were a clear indication that she is still mentally affected.
“I was asleep in the night and my uncle came on top of me, I told my mother in the morning and he was taken to the police,” Majory said.
Though she would love to re-unite with her family, she may not be assured of social freedom due to the stigma in society.
Seclusion and special counselling is what is required for many other little children in Majory’s situation.
Michel Banda (not real name) was forced into early marriage by her grandmother after the death of her parents.
At 20, with two children, she was forced to go on the streets after her husband deserted her. While on the streets, Michel started abusing substances.
One day whilst intoxicated, Michel had her legs burnt as she was trying to prepare food for her children.
“My husband’s relatives convinced him to chase me and marry another woman. I tried in my powers to hold on to the marriage but it still did not work. I had no option but to start living on the street,” she said.
Michel is now happy to have found solace and comfort at Vision of Hope reformatory centre. She can now have a decent shelter for herself and her two children.
When she leaves Vision of Hope, her dream is to start up a business which will help her look after her children.
And Salome Ng’andu (not real name), 17, was ill-treated by her cousin for unknown reasons.
When her grandmother, who was looking after her, died, Salome left Kasama for Lusaka to live with her cousin.
Though coming to Lusaka signified a transition in her life, it was not long before she found out the cruelty of her cousin.
“My cousin turned me into a slave, I used to do all the house work after which she would deny me food. She was in the habit of stealing money from her husband and would accuse me of being a thief,” Salome said.
She can now afford a smile as she has found hope at Vision of Hope reformatory centre.
Salome believes that it is better to live with other people who care for her unlike living with family which mistreats her.
Despite many attempts by the government to curtail child labour and other forms of abuse, the vice has been rampant, especially among the girl-children because of their vulnerability.
In most instances, cases of child abuse have gone unreported because most victims are entangled in indecision about reporting the matter.
However, the scourge is likely to reduce with positive strides that organisations like Vision of Hope rehabilitation shelter have taken.
Vision of Hope is a rehabilitation centre for girls and women who have undergone various forms of abuse.
Since inception in 2002, Vision of Hope has transformed over 600 girls and women who have undergone various forms of abuse.
Victims are usually picked from social welfare, police, the streets and other sources and taken to the centre, where they undergo counselling for a given period.
The centre also has class sessions where the victims are imparted with various survival sustainable skills.
During the course of counselling, the girls are put in different literacy classes where they are taught how to read and write.
This class sessions run from about 08:00 to 10:00 hours after which they are taught practical lessons in tailoring, which goes to 12:00 hours.
In the late afternoon they do various land-scape and gardening works around the yard.
When the counselling is done, one is then allowed to go home, where they will be monitored for a certain period of time.
Founder Chitalu Chishimba felt the need to come up with the reformatory centre after being a victim of abuse.
“I was in an abusive marriage for about five years and time came when I felt I needed to move out of it and find a way to live a different life.
“My experience taught me that there were so many people out there who are going through what I had been through and there was need to change their situation,” Chishimba said.
Her dream is to make the centre bigger and reach out to many people throughout the country undergoing different forms of abuse.
Meanwhile, Ladies Circle Number Seven chairperson Judith Makukula and her organisation have pledged to support the centre with basic necessities.
“We feel we can do something to help transform the lives of other vulnerable girls and women so that we give them hope for a better tomorrow,” she said.