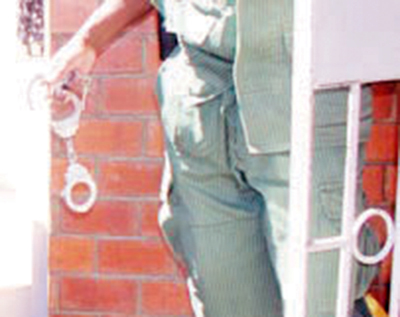 MUBANGA NONDO, Ndola
POLICE in Mpongwe have arrested a 23-year-old man of Chipokolo village in Chieftaness Malembekaâ€™s area for allegedly beating his three-year-old step-son to death because he got tired of feeding the boy.
Copperbelt deputy commissioner of police Byemba Musole said in an interview on Friday that Boyd Chola allegedly beat the boy, Nicholas Mulobelwa, on Thursday around 05:00 hours at Luswishi Fishing Camp.
He said Cholaâ€™s wife, Christabel Chilufya, reported to police that her husband had been complaining that he was tired of feeding Nicholas because he was not his biological son.
â€œOn the material day and for no apparent reason, Chola allegedly woke up early in the morning and began beating Nicholas, who was asleep,â€ Mr Musole said.
He said the boy sustained a swollen face and an abrasion on the throat as a result of the assault and died instantly.
Mr Musole said the body is in Mpongwe Mission Hospital mortuary.
He said police have detained and charged Chola with murder and he will appear in court soon.
And in Lusaka, KAPALA CHISUNKA reports that four people sustained injuries in three separate accidents which occurred at the same spot in Chainama on Great East Road on Friday night.
Police deputy spokesperson Rae Hamoonga said the accidents happened between 21:30 hours and 22:00 hours near Engen filling station opposite Levy Mwanawasa Hospital.
Mr Hamoonga said three people sustained injuries in the first accident, which happened around 21:30 hours when a truck carrying groceries overturned.
â€œThe driver of the Volvo truck and trailer registration number AJD 1586 identified as Melvin Nyirenda sustained serious injuries together with his passengers Mumba Mbewe and another identified only as Sam,â€ he said.
While people were gathering to help the victims, another accident occurred involving an unregistered BMW X5 which was hit from behind by a Toyota Hilux registration number ABR 7540.
â€œDuring the commotion of the first accident, a Toyota Hilux hit into a stationary BMW X5, which careered off the road into the drainage. In the process, the driver of the BMW X5, who was standing near his vehicle, was also thrown into the drainage together with his car. The victim sustained a fractured leg,â€ he said.
Mr Hamoonga said Augustine Lishimpi, who was identified as the driver of the Toyota Hilux, escaped without injuries.
Still at the same spot, another BMW registration number ALR 8197 driven by James Mutoni of Simon Mwansa Kapwepwe in Avondale rammed into a Nissan Hardbody registration number ALM 3788 driven by Chanda Chileshe, also of Avondale.
â€œAfter being hit by the BMW, the Nissan Hardbody also went and hit into another vehicle – a Toyota Verossa registration number ADC 1275 – driven by Ballad Kaonde.
Our appeal to motorists is to always be alert on the road and slow down when they see congestion to avoid such accidents. Most of these motorists were cruising even when they saw congestion in front,â€ he said. 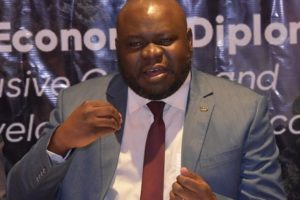