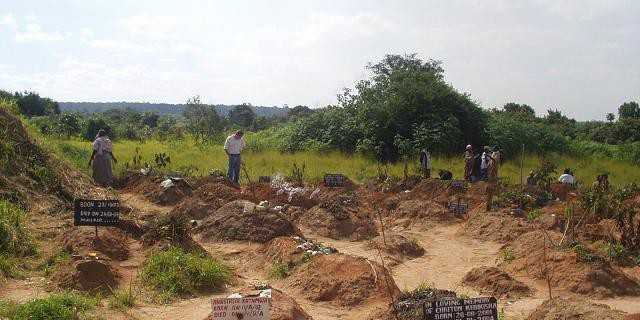 NANCY SIAME, Lusaka
POLICE in Mansa have arrested an 18-year-old man for allegedly exhuming the body of a baby.
The man is said to have been found at a graveyard holding the baby, which was wrapped in a blanket.
Police spokesperson Esther Katongo said in a statement yesterday that the incident happened on Saturday around 16:00 hours at Mukanda cemetery. http://epaper.daily-mail.co.zm/