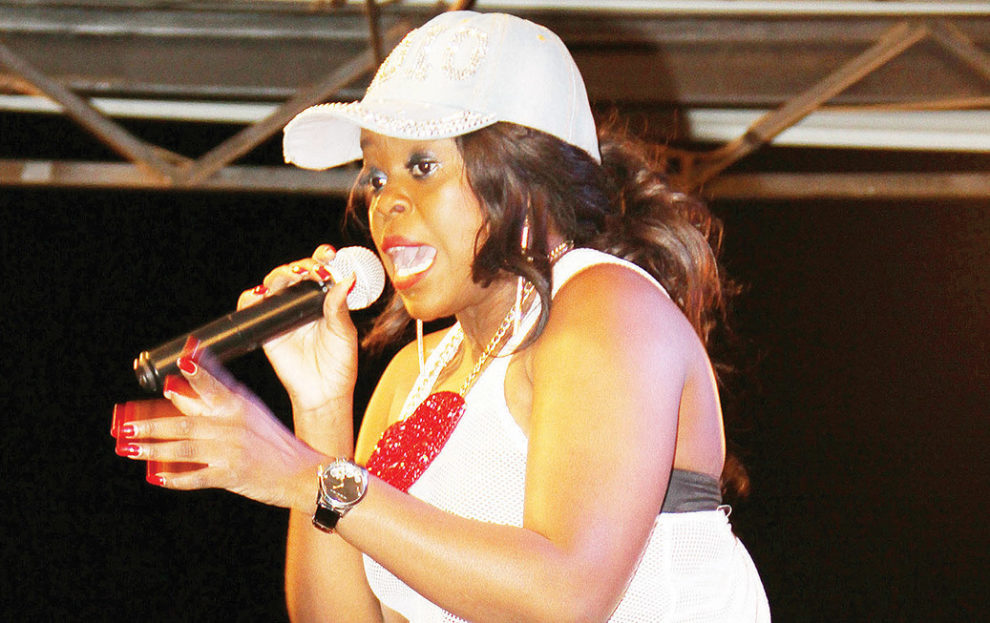 BUTTYSON KANDIMBA, Solwezi
G-GREENS may have moved out of the former Frog on Kabelenga Road in Lusaka, but it continues to thrive elsewhere, particularly in Lilayi.
But beyond that, there is also the Solwezi joint.
Questions continue being asked as to what happened at the former Frog after such as a promising start with an inaugural show by Macky II that attracted such an over-crowded crowd that threatened to affect normal business at Levy Shopping Mall.
If it were the low numbers of business, it is understandable because in Lilayi and Solwezi, the numbers seem impressive.
It is perhaps the reason why G-Greens decided to give its Solwezi faithful something for Easter.
The offering could not have come any better than in the form of singing sensation Mampi, who performed on Saturday.
The night did not entirely belong to Mampi though as there were some Solwezi-based artistes who performed as curtain raisers at the K20-per-person show.
But of course, everyone wanted to watch Mampi.
And as expected, Mampi, who only appeared on stage at midnight alongside her two dancing queens, impressed the audience during her one-hour performance.
The singer performed several songs from her previous albums including Why, Walilowelela and Swilililili, which proved to be the favourite among the revelers.
Mampi loved the response from the audience.
“Thankyou people of Solwezi for your support, I love you all,” Mampi told the cheering crowd before wrapping up her performance.
Soon after Mampi left the stage, the patrons were treated to a surprise performance by B’neil who was at hand to support her fellow female artiste.
She too did not disappoint the fans. She may no longer be active on the circuit but the skill is still there. As they say, form is temporary but skill is permanent.
G-Greens operations manager Simon Ipungu says the company has taken an initiative to promote the local music industry by inviting local artistes to perform at its various joints across the country to appreciate and expose local talent.
Ipungu thanked the people of Solwezi for the support being rendered to the company since it started operations in the region.