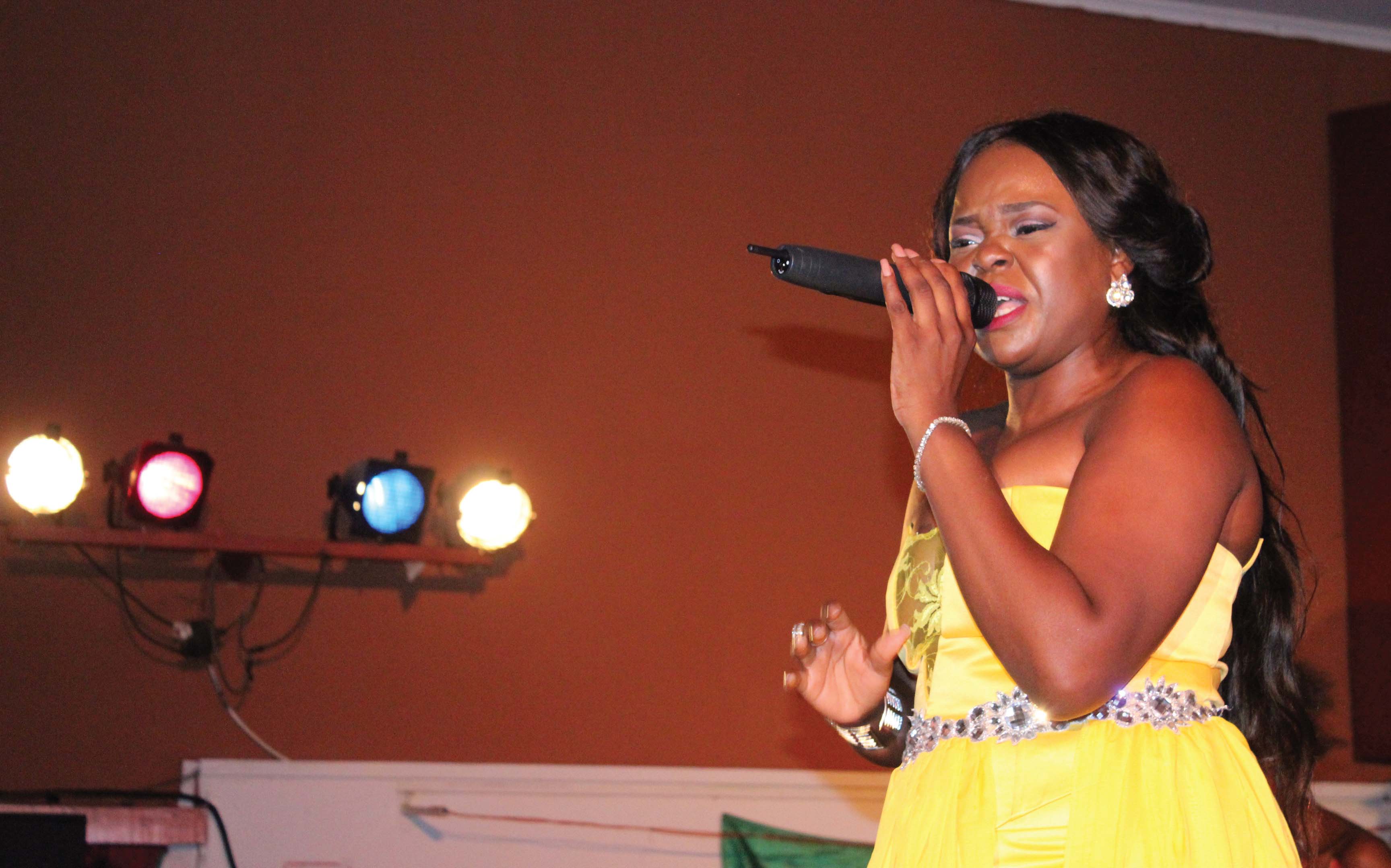 MULWANDA LUPIYA, Kitwe
QUEEN diva Mampi last Sunday lived up to her tag of â€˜queen of the stageâ€™ by delivering a breath-taking performance at Kitweâ€™s most happening club, Leelove.
Accompanied by two of her dancing queens, Mampi mesmerised the crowd with excellent dancing moves on the stage.
The show, which started slightly after 23:00 hours, came to life after Copperbelt-based upcoming and renowned artistes took to the stage as they awaited the arrival of the Lusaka-based diva.
Among those that perfectly warmed the stage was the duo called Pearce Crew, Cholacho Goodboy of the No Manners fame.
Tony Breezy also made a brief appearance with his Mutototo track.
But it was Chester, the Belinda Nafwa singer, who stole the limelight before the diva took over the microphone with a scintillating performance that charmed the Kopala faithful on a cold night.
Chester sang tracks like Icimupashi Cakula Nabambi, Ndeyanzale ba DJ, Nalishokwa, among others.
He, however, let his fans down by not signing the famous track despite it being the most demanded on the night by patrons and he left the stage without doing the track.
And the time the crowd had been waiting for came when Mampi took over the stage and sent the eager and excited youths into a frenzy.
Mampi did not disappoint her fans as she put up an energetic performance, much to the appreciation of the packed crowd.
She sang Walilowelela, Why Why, Sinizaione, Nikutantule, Swililili, Your Love, among others.
Security personnel also had a tough time preventing the patrons, who were enticed by the ever-lively dancing queens, from jumping on the stage to have an opportunity of showcasing their dancing skills with them.
The diva left the stage around 03:30 hours after unleashing a series of hits accompanied by energetic performances.