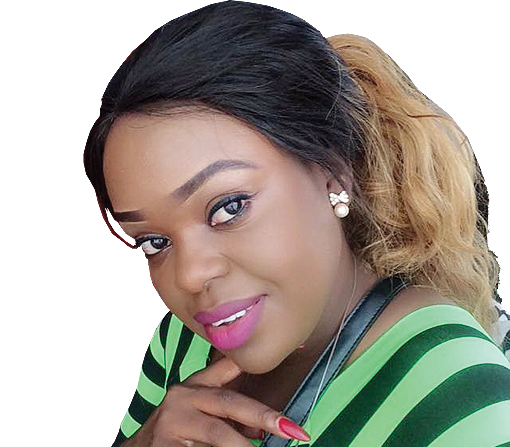 JIMMY CHIBUYE, Choma
AS PART of her birthday celebrations, Mampi was given a treat at the newly opened Garden Hilton Hotel in Lusaka.From the pictures that she posted on Instagram, one could tell that she was really happy to spend time at the newest hotel in town.
But before checking at the hotel, Mampi had travelled over 280 kilometres to perform and celebrate her 32nd birthday with revellers at Club Leelove in Choma.
She found some love there.
The organisers of her show presented her with a birthday cake, courtesy of Barbara Cakes of Kitwe, where Leelove has its roots.
Still, she gave fans her own treat.
As usual, her stage outfit caught the eye.
Clad in knee-high red boots, long blue stripped and floral shirt, the song bird delivered a three-hour show that started on Friday around 23:00 hours and went on till Saturday, which was her birthday.
She performed a number of hit songs including some which members of the audience may have forgotten about.
Mampi, who was accompanied by her two dancers, performed Chimo ni Chimo, Why, Nikukonda, Walilowelela, Swililili, Not Reachable, Niyenda Naye, Ayo Magelo and Mwamuna among others.
But before some fans could realise it, Mampi had been whisked away into her Land Rover Discovery immediately after the show for fear of being mobbed with requests for autographs and selfies.
Club Leelove manager Alex Chishimba said hosting Mampi during her birthday made the show very special.
He said management went the extra mile of ordering a cake all the way from the Copperbelt for Mampi because she deserved the best.
Club director Victor Siame told the Weekend Mail after the show that the club will continue hosting top-notch musicians so as to keep the revellers entertained.
He said management plans to improve the outlook of the club so that revellers can feel at home.

Now that was some show
Uniq’s Temperature ‘rises’