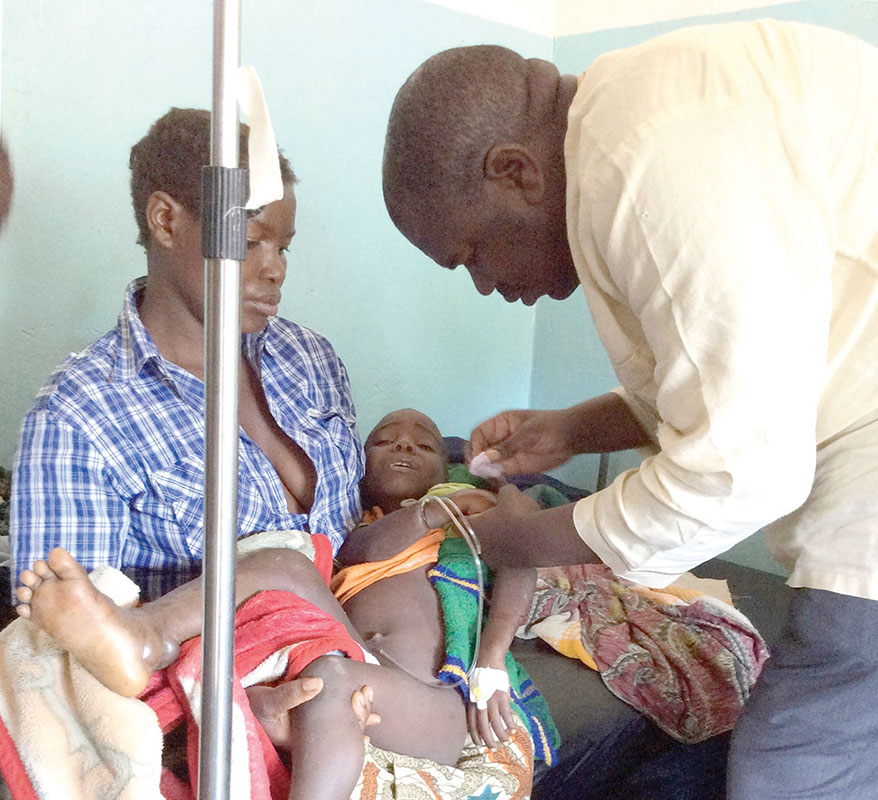 JIMMY CHIBUYE, Mambwe
DEPUTY Minister of Health Chitalu Chilufya says Government plans to build a district hospital in Mambwe in the next two years to enable residents access quality healthcare services.
And Senior Chief Nsefu of the Kunda people of Mambwe district has appealed to Government to send relief food to his area to avert hunger.
Dr Chilufya also said Government appreciates the strategic partnerships with the Church in the provision of healthcare services to citizens in areas where there are no hospitals.
Speaking when he toured Kamoto Mission Hospital here on Saturday, Dr Chilufya said construction of a new district hospital in Mambwe is in line with Governmentâ€™s infrastructure operational plan.
â€œWe do have plans to build a district hospital in Mambwe and within our next Medium Term Expenditure Framework, we expect to have a new district hospital here,â€ Dr Chilufya said.
He said construction of a hospital in Mambwe will enhance the provision of quality healthcare services to people in the district and nearby areas.
The minister said the population increase in Mambwe places a burden on Kamoto Mission Hospital in the provision of quality health services.
He said provision of quality healthcare services to citizens is cardinal and this is why Government places a premium on its relationship with the Church in the health sector.
â€œI want to put on record today our appreciation of the partnership between Government and the Reformed Church in Zambia, the owners of the Kamoto Mission Hospital in the provision of health services in Mambwe,â€ he said.
Dr Chilufya also said the six health posts Government will build in Mambwe district will be completed on schedule.
He commended staff at the hospital for their commitment and dedication to work and urged management to consider them for further studies as a way of motivating them.
Kamoto Hospital acting medical officer-in-charge Mupeta Songwe said the hospital caters for about 82,000 people and has four health posts.
Dr Songwe said the facility has a fully functional radiology, laboratory, laundry, mortuary and in- and out-patient sections.
He said the hospital has two doctors, four medical licentiates, 31 nurses and four midwives who manage the institution very well.
Mambwe district commissioner Caroline Mwanza appealed to Government to build a district hospital because Kamoto Hospital is overwhelmed by the increasing population.
And Chief Nsefu said his subjects are threatened with starvation due to floods, which destroyed crops last farming season. The situation has been exacerbated by the human-animal conflict.
Speaking when Dr Chilufya paid a courtesy call on him on Saturday, the traditional leader said the little food harvested is being shared between animals and human beings.
â€œAlthough I am making this plea, Government is already aware of the hunger situation in my chiefdom but if nothing is done very soon, people will die of hunger,â€ Dr Chilufya said.
Chief Nsefu said the imminent hunger in his chiefdom should be averted.
He said the harvesting of crops has been challenging due to floods and wild animals, which are attacking people.
Chief Nsefu also appealed to Government to drill a borehole at his new palace.
He said he is forced to draw water from his old palace, which is three kilometres away.
The traditional leader also wondered why Zesco is allegedly deducting electricity charges from his allowance when the power utility installed a prepaid meter.
Chief Nsefu said he will be compelled to seek President Lunguâ€™s intervention if nothing is done about his concerns.
And Dr Chilufya promised to deliver the chiefâ€™s message to the relevant authorities for possible action.
He also told the chief that he is in the district to check on health institutions and facilities.

LS-MFEZ board to develop a master plan