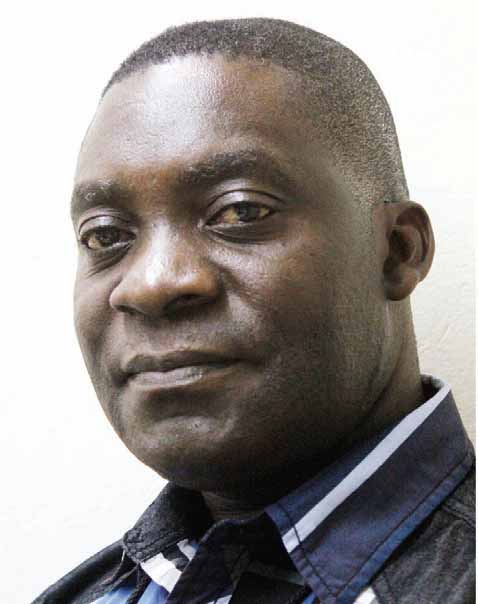 CHARLES CHISALA
BARELY days after appointing Patriotic Front (PF) chairperson and former minister of Gender and Child Development Inonge Mutukwa Wina as republican vice-president, newly elected President Edgar Lungu announced yet another epoch-making appointment.
Last Sunday he appointed Electoral Commission of Zambia (ECZ) chairperson Irene Mambilima as the new Chief Justice.
Ms Justice Mambilima replaces the current acting Chief Justice Lombe Chibesakunda, who has been retired but will remain in her position until the formerâ€™s appointment is ratified by Parliament in its next session.
AÂ  cross-section of the Zambian society has welcomed both appointments and commended President Lungu for his desire to see women play a bigger role in the governance and development of this country.
President Lungu ascended to Zambiaâ€™s presidency after beating 10 other candidates following a presidential election held on January 20, 2015.
The poll was caused by the death, in the United Kingdom, of former President Michael Sata on October 28, 2014.
Shortly after he was sworn in as Zambiaâ€™s sixth President at a colourful ceremony held at the National Heroes Stadium in Lusaka on January 25, 2015 Mr Lungu appointed lawyer and senior PF member Ngosa Simbyakula as Minister of Justice and journalist Amos Chanda as his special assistant for press and public relations.
Several other appointments followed.
The appointment of women to two powerful government positions has earned Mr Lungu accolades from both friends and foes.
The civil society, especially the womenâ€™s movement, the Church, law fraternity and labour movement have all hailed the veteran lawyer as a gender-sensitive leader.
In his inaugural speech Mr Lungu made it clear that he will not be a man of rhetoric but of action, taking a cue from his predecessor.
Which is just as well. Zambia is a state party to a plethora of regional and global human rights instruments â€“ general and women-specific.
Snippets of some of these declarations, conventions, covenants and protocols have found their way into a number of the countryâ€™s laws, policies and programmes.
This is important, for it is nigh impossible for the women and other vulnerable groups to occupy their rightful place in our society if the government does not address the myriad personal, social and economic obstacles that lie on their path to emancipation.
President Lungu is fully aware of this reality.
â€œIÂ  am aware of the many mothers that walk long distances in order to give birth; to collect water; to take children to school…,â€ he told the nation. â€œLet me state that politics is not just about winning and celebrating the victory. It is about meeting the needs and aspirations of the people.â€
This is the context in which he must have appointed the two humble women to the two influential positions.
Had late President Sata not set an example for his protÃ©gÃ© by appointing an unprecedentedly high number of women to head sensitive institutions such as the Anti-Corruption Commission of Zambia, Drug Enforcement Commission, Auditor Generalâ€™s Office, police divisions, provincial and district administrations?
Well, his willing â€˜understudyâ€™ seems to have quickly and judiciously learned his lessons.
Ms Wina is now the second most powerful person in the land today, occupying the second highest position in the government while Ms Justice Mambilima heads the countryâ€™s powerful Judiciary.
Ms Justice Mambilima is not a novice in her new position. As a Supreme Court judge of impeccable repute she has acted as Chief Justice and conscientiously served as deputy Chief Justice before.
She served as ECZ chairperson from August 2005 to July 2008, after which she was appointed deputy Chief Justice.
Under our current Constitution the President appoints the chairperson of the ECZ and the name is tabled in Parliament for ratification.
The National Assembly appoints a select committee to scrutinise the appointment, using a participatory process, before ratification.
As opposition PF president then Mr Sata had welcomed her appointment.
â€œThis is very nice. In Zambia today, the most experienced human being in the elections is Justice Mambilima. She has an advantage over so many people because she knows the problems at the institutions. She also knows problems in Government. As a Supreme Court judge, I donâ€™t doubt her impartiality,â€ he had said.
After managing the 2008 presidential poll caused by the death of former President Levy Mwanawasa Ms Justice Mambilima again found herself at the helm of the ECZ at the time of the watershed 2011 tripartite election that ushered Mr Sata into State House, and the PF into government after a relentless 10-year campaign.
And last month she successfully delivered the most complex presidential election in the countryâ€™s political history that has catapulted Mr Lungu into State House.
With such credentials to her name, and the overwhelming support she has received from Zambian citizens and organisations Ms Justice Mambilimaâ€™s ratification is expected to encounter few hurdles, if any, come the next session of Parliament.
It is clear that President Lungu had done his homework.
The author is a journalist working as editorial editor for the Zambia Daily Mail.