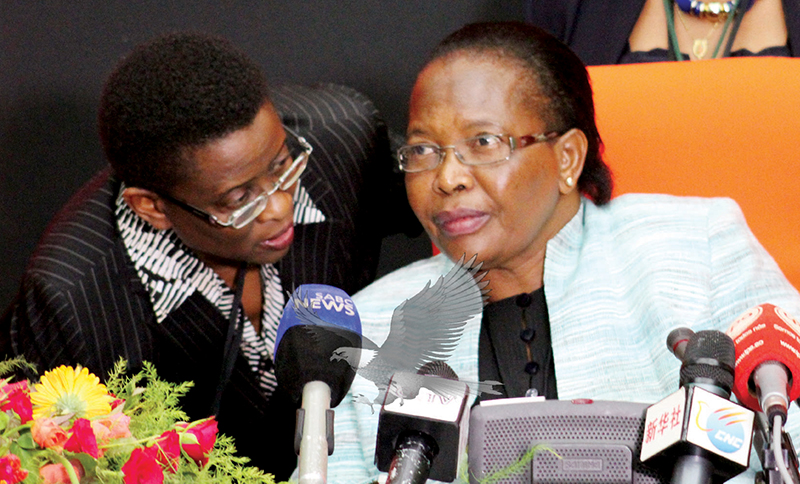 MWAPE MWENYA, Lusaka
NEWLY-APPOINTED Chief Justice Irene Mambilima is a principled woman who is expected to perform to the best of her abilities, says Young Women Christian Association (YWCA) has said.
YWCA executive director Patricia Ndhlovu said Justice Mambilima has in her duties exhibited exemplary qualities such as boldness and fairness which proves that she can perform even in the high office.
â€œWe are very happy as a women organisation for this appointment and kudos goes to President Lungu for contributing favourably to the appointment of more women in decision-making positions. We commend him for that,â€ Ms Ndhlovu said.
And Zambia National Womenâ€™s Lobby board chairperson Beauty Katebe said President Lungu`s continued appointments of women in decision-making positions is a right path to attaining various international instruments.
And traditional leaders from different regions have also joined other stakeholders in commending President Lungu for appointing Justice Mambilima.
Chieftainess Nkomeshya of the Soli people in Chongwe district said Justice Mambilima`s appointment is very important to the people of Zambia especially the womenfolk.
And Chief Chikanta from Southern Province has thanked President Lungu for considering women in key positions such as the Vice-President [Inonge Wina] and Justice Mambilima.
Chief Chikanta said the appointment is good for the development of the nation and also towards the achievement of equal representation in decision- making positions.
â€œI want to comment especially on the Vice-President, we expect her to ensure that the lives of women in rural areas are uplifted especially that she was aware of challenges women face when she was the Minister of GenderÂ  and Child Development,â€ Chief Chikanta said.
And Chief Madzimawe of Eastern Province said Justice Mambilima deserves her new position because of her past position as Deputy Chief Justice which she equally carried out in professional and diligent manner.
Chief Madzimawe said Justice Mambilimaâ€™s appointment is encouraging to the womenfolk especially young girls who will strive to work hard and be like her.
â€œWe expect these women in high positions to work hard and discourage early and child marriages by acting as role models to young girls to work hard; but above all kudos goes to President Lungu who has continued recognising women and appointing them to higher positions,â€ Chief Madzimawe said.
He said the President has exhibited political will in the appointment of more women in decision-making positions.