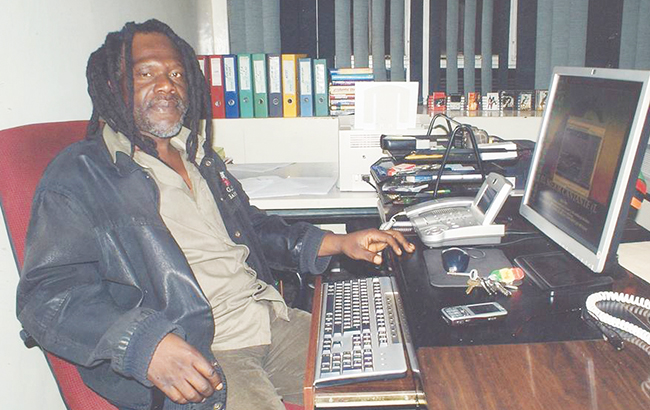 UNTOLD PROFILE with FELIX NYAMBE
IF YOU thought Australia-based reggae trendsetter, Larry Maluma, was all their family would expose to the music fraternity, then think twice.
Yes, he may have wooed reggae music enthusiasts and music producers both in Zambia and his adopted home in Melbourne, but there is some fresh revelations right in our backyard.
His name is Most Tolike Maluma, Larryâ€™s younger brother, who has come on the scene to make a difference in the genre that has not been popularised and marketed in Zambia lately.
There have been a galaxy of reggae outfits before him, but since the demise of all, but one member, of the skunking Burning Youth, little has been as intriguing as the Michael Kumwenda-led outfit.
Save for the annual Bob Marley and Peter Tosh memorial shows held across the country, reggae music in Zambia has not reached its intended peak.
Mention the Maoma Band, Ubangi Roots, Rainbow Makers, Zion Dub Squad, Maiko Zulu, known as St Michael, and Lauline Mutale, then you got to know that Zambia was once a proud oasis of the Jamaican roots reggae.
â€œFinally, as expected, Zambians, my new album, has hit the international reggae music scene with massive and mind-blasting songs of redemption,â€ Tolike stated.
Tolike was born and bred in Lusakaâ€™s Libala, the very place where the likes of Maoma and Ngozi Family lead singer/songwriter and lead guitarist Paul Ngozi made their marks.
So, it is no coincidence that Tolike, like many of his contemporaries such as Brian Chilala, were inspired by these music legends who hailed from the same area.
In his own words, Tolike, 48, hopes that his new package will sooner than later bring excessive tears of joy to the reggae music fraternity, who for a spell have been deprived of quality entertainment.
But why all this wait to come out of his cacoon when he had an opportunity to lie in the shadow of his big brother, Larry, when he was jamming with Madi-A-Moyo Band?
â€œI was a regular patron at most entertainment houses where Larry and his friends jammed, but music was the last thing on my mind at the time,â€ explains the former Libala Secondary School pupil.
Even the presence of his music teacher at Libala Secondary School, Emmanuel Jaggari Chanda of the WITCH fame, could not lure him into taking up music at an early stage.
Instead, it was the buzz at the 20th Century Cinema, Fringe Theatre, the Star Market, Lotus Inn, Choipa Beer Garden, New Londe Motel and the Kalipinde Inn, that Tolike was a witness of live explosive jams.
â€œWe need to revive such venues if our music, both kalindula and reggae, is to be appreciated by our young fans,â€ observed Tolike.
Together with versatile Zambian music producer Vincent Katulu, affectionately known as the â€˜Proâ€™, Tolike is likely to turn things around.
Burning Youthâ€™s surviving member and bassist, Jack Tembo, and â€˜Uncleâ€™ Shaddy Phiri are some of the local musicians, who together with Tolike and a group called Them INI, may revive the reggae music fraternity.
The likes of Katulu, the man Tolike describes as a â€œpassionate producer and an authentic Zambian legend who treads where even angels dare notâ€, is set to see the re-birth of reggae music.
â€œFor a long time, not much has been done to jack up and rekindle the spirit of reggae music on the local scene,â€ observes Tolike.
Looking back, Tolike also contends that the myth that persisted among reggae artistes was the unfounded hope that perhaps one day an uncle don would come and revive the reggae scene.
Tolike describes his new album as a fitting tribute to all Zambians, home and abroad, and with songs such as Give Thanks, there is no better testimony for a Christian nation like Zambia than to give thanks and honour to God our Creator.
Ndiwe Namba One is a song which celebrates the importance of a woman in our nation while the title track celebrates the character of Zambians who have earned themselves the title of peace-loving beings.
On Love is Religion, Tolike talks about possessing a religion that does not condone evil vices such as war, discrimination and exploitation of man by man.
â€œAnd then there are other songs such as Nkosi, a declaration of God being the King and Ruler of the universe, as well as Mtendere, a caution to politicians to desist from abusing their power,â€ noted Tolike.
When he is not skunking and composing songs in the studio, Tolike, who named other songs as Tisapatululane and Mwambo, operates a business firm called Osta Enterprises Limited situated at Chachacha House in Lusaka.
fmmusik@yahoo.co.uk, 0979360993/0964873656